I work from home so I use the internet every day. Almost daily the internet goes out for anywhere between 10 and 90 minutes. I have had 3 different technicians out here and they cannot seem to solve the problem. Theyve given new modems, weve purchased a new router, & they had us re-wire everything twice. Now they are saying the problem is the outside wires. They are horribly backed up because lots of people have problems with their service. You have to wait 3 weeks to get an appointment. Sometimes they will call you before your scheduled service date because of other cancellations and they will try to come spur of the moment. Sounds good, right? Well, that happened to us...we had an appointment for today (August 10) scheduled but they called us on the 4th and tried to come that day. We said yes, PLEASE and they said a tech would come between 4-6pm so we postponed our dinner plans to wait for the tech and he never showed up. He called at 7:15 and said he was on his way and we had to turn him away because we were on our way to dinner and had already waited 3 hours for him. Well, turns out that that apparently CANCELED our appointment for today (Aug 10th) ....that is TOTAL crap!!!! They didnt tell me it was canceled so I was waiting for them from 8-12 today, which is the window they give, and they never showed up. Now we have to wait until Aug 21 to get help. I am so fed up. This company is horrible. They do have decent customer service if you call in but the appointment scheduling is messy and the technicians cant seem to fix our problem. They dont have any sympathy. I have wasted so much time on the phone with them. I have missed deadlines at work because the internet has gone out at critical times. They are literally costing me money. I am looking to switch to another company. Stay away from Time Warner!

We moved here for my husband to become an aviator and we were told that we should get direct tv, but seeing as you have to sign a conract for that, we decided to just pay a little more for the cable. Turns out that we should have listened. During our first 2 weeks, we had to have them come out to our house 4 times for service calls, one of which they never even showed up for. We have had to call about problems with our cable about 15 times now and it has only been a little over a month. they have made us switch our box twice, one time after being told to come in and switch our box, we were told that we did not have to switch the box and they are sorry we came in for nothing. Problems have included: extremely fuzzy picture, picture zoomed in x10 on its own, cable goes completely out, it will suddenly reboot on its own and tell you that you are not authorized to use your cable box, it tells you that you are not authorized to watch channels that you are paying for, the on demand wont work (still), everything erases from our DVR box, the ENTIRE cable went out and they made us wait a week to send a technician to fix it, and also our entire DVR box just broke (we were told that they only use old boxes with new "cards" in them, so there is nothing they can do about our less than a month old box breaking twice). Unless your cable bill is only 5 cents a month, dont bother with this worthless company. They are a complete joke, no one knows what they are doing and good luck getting a refund.

This is by far the worst internet service provider I have ever dealt with. The Road Runner connection speed was promised as 120 mbps, but it never exceeds around 54 mbps. Much of the time its much slower. Also, it goes completely out several times per week and support can do nothing to fix the problem. Everyone Ive talked to who uses Time Warner Cable has the same problems and are really dissatisfied. The internet service is passable at its best and beyond frustrating much of the time. I believe the only thing stopping people in this area from switching to another company is that there is no other company to switch to in this little town. You can bet that as soon as another option becomes available, Ill be dropping Time Warner Cable faster than you can say "terrible business."

time warner keeps doing tests in our area and our cable goes out for days at a time. They will not refund us and now we have no tv to watch whens its football season! Our daughter loves mickey mouse and we cant even let her watch it, so needless to say i would never have spent money on this crap. when you call the number they send you to a line in N.C. and they cant help you and dont know why were sent to them. When i went to the office to ask what was going on they said they were changing things around with servers and thry couldnt tell us how long it would be out. they were sorry but they couldnt do anythign for us. so now tv and no refund for the days we couldnt watch.

Literally the WORST cable/internet provider and customer service! The only reason these crooks are still in business is because they have a monopoly on this town depending on which side of the railroad tracks you live on. We cancelled our cable service within the week it was set up and were never refunded our start up fee as promised. My husband has spent weeks of time on the phone with them for internet problems and weve had about 7 technicians come out and try to fix problems that cannot be fixed with the dated equipment they choose to cheaply use instead of spending a dime to update and get with the times! If you can avoid them please please listen to me and do! 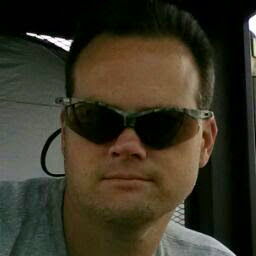 Disgraceful, pathetic, cheats are words I use to describe time warner. I moved into a new subdivision and time warner only ran enough cable to service half the subdivision. I understand that at the time the other end of the sub had no homes built, but homes have since been constructed and they expect me to pay $1,600 of my own money to run a line that will service other homes. Its embarrassing that a multi billion dollar company treats consumers this way. I would understand if I was the only home in the area, but this is a subdivision. I wish I could go with another service, but theyre the only show in town. 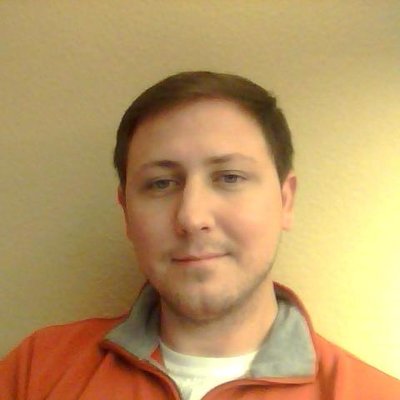 We had a technician install our Internet yesterday. We told him to not drill any new holes, he was to install it into the area that is built into our walls. Well, he drilled a hole in our wall anyways after the house has just been renovated. On top of that he left a cable stretched across the ground through our neighbors yard to our house. The worst part is when I called and asked for them to come fix it, they want us to pay another $40 installation fee...