Just moved about 45 minutes away with a full pack and move. Overall they did good, but there were plenty of small but undesirable issues faced. This was our third experience with a pack/move. Everyone at the company is professional, friendly, and helpful. My review would be 3 stars if not for the owners willingness to remediate and generally caring about customer satisfaction. This is a quality very difficult to find. Packing: 2 packers arrived on-time. I was surprised they sent only two because we had an 8-bedroom home. They packed the entire home in 7 hours, which was shocking but it was obvious they were veterans at packing. Overall packing quality was really good. We had a couple small items break (which we have never had before) but no big deal. They did miss several cabinets and small items in closets, so we ended up having to make several trips back to the house to collect them. We agreed on 3 safe zones, but they ignored one so items I need for work were packed, minutes after I just told them not to. Few items were over-packed in my opinion (non-breakables being wrapped in 8 sheets of paper and rolled). This might be because they sell boxes and are trying to use as many as possible. Move: 4 movers arrived on-time with 2 trucks (Andy, Ricardo, Jordan, and Chris). All were professional and friendly and were very ready to work. The moving crew worked really hard and very smartly saving time where possible. They move quickly and take very reasonable breaks. I have read a lot of horror stories about movers having booze on breathe, or fighting in the yard, but there was nothing like that. These guys all seem to get along great, and speak to each other with respect. Everything started off great, but we did end up with a few irritating but minor issues. The first truck went great, but the second truck did not seem packed as efficiently. They filled 2 36 trucks and still missed plenty of items. Note: We moved in 1 year ago with about the same amount of stuff and 1 36 U-Haul truck was enough. We got to the end and I asked why the TVs were not loaded. They seemed surprised the TVs were getting moved. Maybe many folks leave TVs behind, but it was fairly odd to me moving TVs surprised them. MANY items were left in the garage. Some things were flammable which they will not move and that is fine. The other items I asked about and they just sort of packed up the truck and took off. Our SUV is small so we ended up making 5 trips back to get all the small stuff they missed. Also the cleaner found a couple cabinets that were missed entirely and bins in closets left. Unload: Crew seemed in more of a hurry unloading. They still worked super hard but they did not read box labels and just started stacking everything in the basement, including necessary items like food and bathroom items. We had to spend several hours moving what they just unloaded just to get to kitchen silverware and food. They unloaded and setup 2 beds. One was missing small parts, and when we went to make the bed, it fell apart. This was the most frustrating thing that happened. The other bed seemed fine but was not completely right, which I was a bit upset about by this time. The owner called during pack and move just to check-in and see how things were going. This tells me he really cares about customers and satisfaction. When I mentioned the beds he promptly sent his handy crew out and they fixed both beds up quickly and correctly. Handy crew was also professional and super friendly. I was going to rate 2-3 stars but because they were so willing to make it right, that deserves more in my opinion. They really tried to earn 5 stars, but last 2 moves we paid over half the price, and that crew did just as good a job. I might go back to my last crew next time, but I would not hesitate to do business with American Moving again! Good company with good employees, just need to work on attention to detail at their prices.

I chose American Moving and Storage in Boulder, CO, because, first off, Todd, our sales rep. really listened carefully to me and responded in what I view in an appropriate manner to the timeline I needed for my move. The initial estimate I received from Todd included a few days’ storage, which increased the cost of the move but I knew that what I told Todd was acknowledged. Now, that could have been viewed negatively by some because the price quoted was much higher than what the other companies quoted. So I called to see why the price of Todd’s quote was so out of line with the other companies and found out that the short-term storage fee was included (reps from the other three companies didn’t include short-term storage.) But, the remarkable aspect of American Moving and Storage, but not limited to this, is that I always connected with a real person, and courteous persons at that, whenever I called. Now, the price was still higher than other companies even after the temporary storage service was removed from the quote. But, it was reasonably clear to me that a quote is just a quote and so prices are not fixed. And in fact the size of my load was significantly larger than that quoted. So after the driver arrived and all of the load was in one place, the driver could tell the load was underestimated. So we adjusted the price and I had to pay more. But I thought that was fair because 1. It was extremely difficult to determine the weight of my belongings because I have two workshops and my belongings were in two separate properties and 2. I don’t believe that a company or an individual should have to take a “hit” and lose money because of such a contingency, even if I would financially benefit from the losses the company incurs. I firmly believe that the other companies would have done the same and their low estimates would have been voided and the prices would have increased accordingly. The bottom line is that Bekins and American Moving and Storage were pretty darn attentive to my concerns. They kept me informed every step of the way, everyone was courteous and concerned about the wellbeing of my belongings, and always, without exception, answered the phone when I called or got back to me within a very short time if I had to leave a message (thought I don’t recall ever having to leave a message, but maybe.) In today’s day and age with automated everything, it seems, it was almost like a throwback to the 1960’s with the service that I received. And I am pretty impressed with and grateful for that. Finally, I’m reasonably sure that the final price of a move like this is most likely going to be pretty consistent from moving company to moving company, otherwise I’m reasonably confident that someone is going to have to take a “hit” to their income and we should acknowledge that we don’t want “sweat shop” employees in America, where everyone who wants to work hard should be able to earn a decent income.

Im not one for writing reviews, but at the same time I use them religiously when finding a new business. My experience moving with Gabriel, Louis, and Gil was just to good to not share... I have done more than my share of moving as I have move 24 times in the last 25 years. In the beginning I was young and traveled light. Towards the end I have collected so much stuff, especially cooking gear, that these moves are really more like moving a small family. Of all 24 moves, this last move with Gabriel, Gil, and Louis was by far the best move I have ever done, despite having to move across the country! Gabriel set up the move and did my estimate. I specifically chose this company because of the confidence he instilled in me that they would not only get the job done, but that they were already thinking about contingency plans for anything that could go wrong- weather, road closures, etc. Gil and Louis packed up all 2000 sq. feet in 2 days. They worked hard and they were extremely conscientious, making sure everything was packed properly and safely. Not one thing broke on the entire move!! Beyond that, Gil and Louis are two very nice gentlemen who are polite, respectful, and a pleasure to have around. While I drove across the country in my vehicle, Gil followed with the truck. I was given regular updates from Gil and Gabriel before I would even have time to start worrying. Gil unloaded the truck with some local help who were more than adequate, but it takes a lot to fill Gil and Louis shoes! If you have any concerns about moving, these are your guys. I would say dont just ask, but demand this crew. You will not be disappointed. It as close as a move comes to is an enjoyable experience. Cannot say enough great things about these guys. Thank you, thank you, and thank you!! 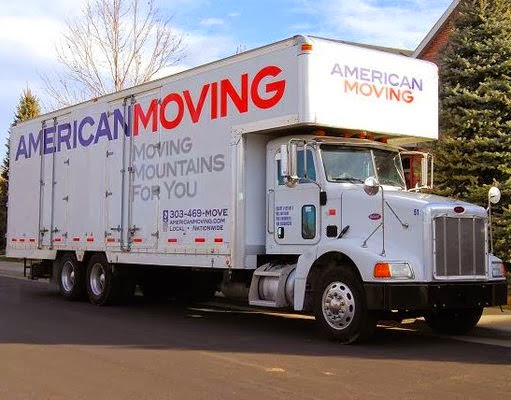 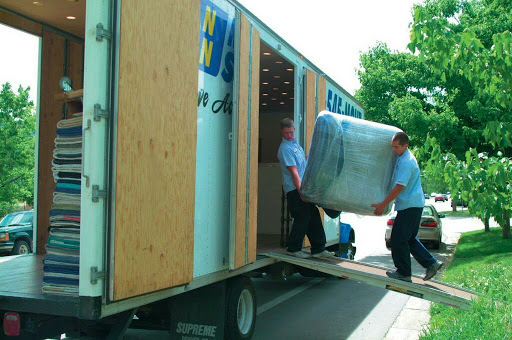 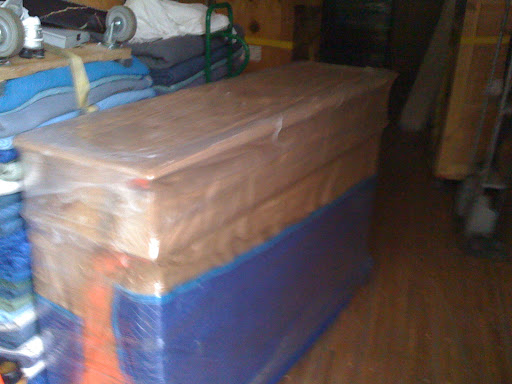 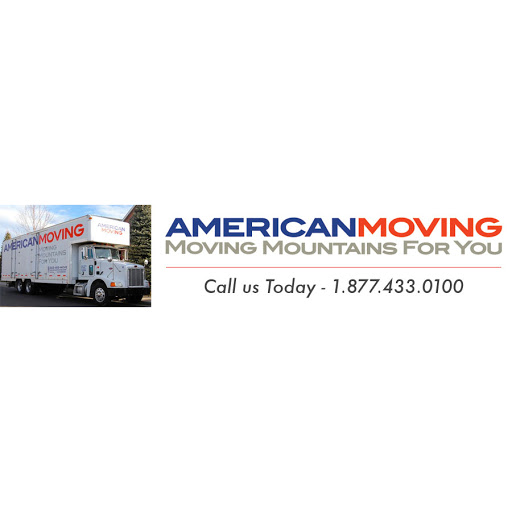 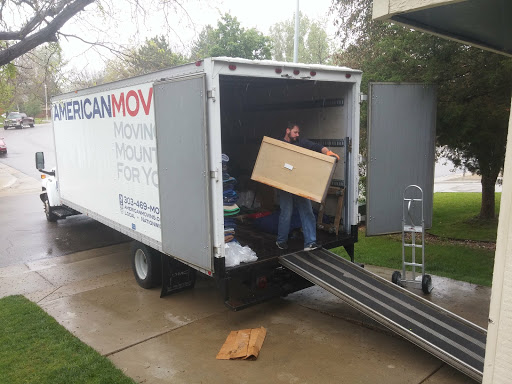 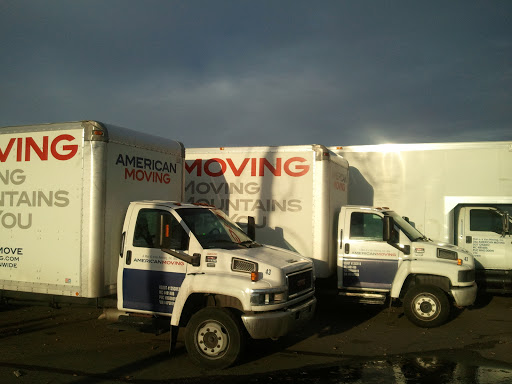