Update: Tech bench had told me it was a motherboard issue after I brought it in and told them I thought it was a fan issue. Had a buddy look at it an in 10 minutes he confirmed it was a fan issue. After buying the part it took him a grand total of 30 minutes to diagnose and fix the issue. Tech bench had it for a week and incorrectly diagnosed it, took $45 from me for incorrectly diagnosing it, and didnt fix it in that week they had it. So to summarize: They have a terrible turnaround time, bad service mentality, AND dont know what theyre doing. Dropped of my computer with an issue early in the week. Called for the next few days trying to see if they had a rough timetable for when they would be able to fix it or knew what was wrong (tech issues can be complicated and it takes time...especially if you have to order a new part). After no contact from them for a week I decided to pick it up regardless of if it was fixed or not because of the substandard communication and lack of anything resembling a timetable. While picking it up they began telling me they thought they figured out what was wrong, but on my receipt I can see that the only note they recorded on it was from when I dropped it off. Supreme lack of service mentality. A family member had recommended this place to me as a very high quality establishment and he was very surprised when I told him my experience. My experience was so negative this is the only time Ive ever written a review. Microcenter in Madison heights has a repair status indicator online, so hopefully they will be more communicative.

My laptop shut down this last Friday morning by preventing me from getting onto the internet. I thought Id be without my computer for days (based on my experiences with the tech people at one of the big box electronics stores). I stumbled across a Tech Bench ad in a small Royal Oak phone book, and James told me that if I brought it in, Id have it back Monday, but maybe Saturday. I rushed there, and after looking at my laptop James said he might even have it ready later the same day. Sure enough he did!! When I picked it up, he explained that hed gotten rid of the virus, tuned the computer up, and added an antivirus program thats the best in his opinion -- free of charge. James was very impressive (hes been doing this since he was a young kid). He explains everything in plain English, and I felt confident that it would be tough finding anyone more knowledgable. I left my older laptop with him when I picked up the first one because he was confident he could speed it up, fix a malfunctioning key, and tune it up without charging a whole lot. Ill pick this one up early in the week because he had to order a part. The thought of having a true expert just a few miles away when I have future computer problems is reassuring. It was only yesterday that I found Tech Bench, but Ive already told three people about them. Bob W., Royal Oak, MI

DO NOT WASTE YOUR TIME HERE. Extremely disappointed in the lack of professionalism at the Birmingham, MI location (located on Woodward). I dropped off my laptop for a back plate replacement, and when I came to pick it up, the manager forgot to attach the Ethernet door. When I questioned this, first, he said it was never on in the first place, and when his associate showed him the old backplate with the Ethernet door, the manager tried to tell me I didnt need it to operate the computer (which is false, since the door is what holds the Ethernet cable in the computer if wireless isnt available). Promising me he would fix it by staying late the next business day, when I showed up to drop off my laptop after work, his associate informed me that the manager already left for the evening and wouldnt be returning. I finally received my laptop - in proper condition - the next business day. While I appreciate the service put it, I think all of us can attest to wanting the task completed correctly the first time, and because of this carelessness or lack of thoroughness, I do not recommend this business in the slightest.

I would highly recommend Tech Bench of Birmingham to anyone. We have been going to Tech Bench for many years. We go to them with all our computer needs, from problems with our computers and even to buying a new computer. Recently, we took in one of our computers for service to be cleaned, also due to having some bugs/viruses. After a couple weeks of having it back like brand new my son had been on my computer and downloaded a bunch of different files to bring back more bugs about 700 of them! Yikes!!!! I called Tech Bench spoke with Ken (which by the way he is amazing) and he walked me through what to do. He could understand with me not being tech savvy and was able to locate my computer, go in it for me and clean it out again with all of the bugs my son had downloaded. It took Ken over a half hour of working on my computer to get back to normal again. And of course Ken did not charge me a dime for all of his time. And I loved the fact that I did not have to bring my computer in for him to fix it! Thank you Tech Bench for all you! We would not go anywhere else for our computer needs!

I recommend Tech Bench for your computer needs without reservation. The owner "John" demonstrated a business attitude that is sadly lacking today: ethical practice as the foundation for all transactions. Due to my experience with him, he will have a customer for life and I will gladly recommend his company to individuals and companies seeking his talents and solid business practice. I am not a technically savvy person; this becomes immediately obvious to anyone speaking with me about computers, therefore, it would be very easy to take advantage of my deficit. John examined my computer for viruses. John determined my external hard-drive was in a death spiral and provided me with information for a new one, plus, he put a free anti-virus on my computer. John did not charge me for his services as he did not believe it was warranted. This interaction was restorative to me in my belief that you can be honest and run a profitable business. To all who read this review, rest assured, you are dealing with a person of the highest integrity and talent.

Unbelievable customer service from this place! The first morning of a holiday weekend found my PC totally a paperweight: no lights, no fans, no dice. I stopped in to Tech Bench unannounced, and Jon had me up and running in short order. He explained every step of the process, and showed me how one small had led to a bigger problem, and that I needed a new power supply and motherboard. He installed the parts, checked my overall system, blew the inside clean and had me out the door quickly and more than satisfied. Ive been to a lot of computer repair places over the years, but Im going strictly to Tech Bench from now on. Theres simply no substitute for a guy who not only KNOWS what hes doing, but ENJOYS what hes doing, and thats what you get here. I would not hesitate to recommend this place to anyone for their computer needs. Theyre simply the best. 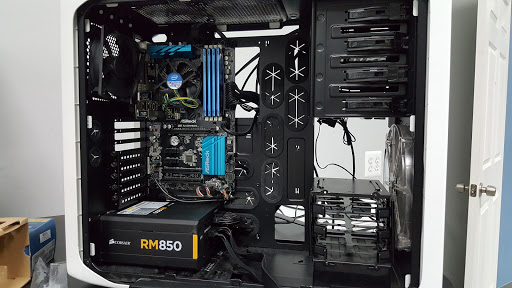 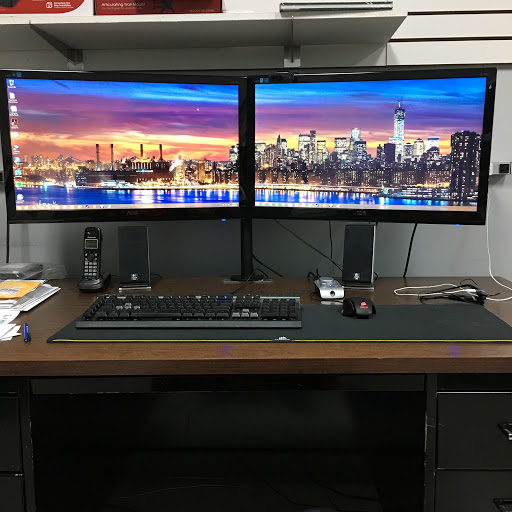 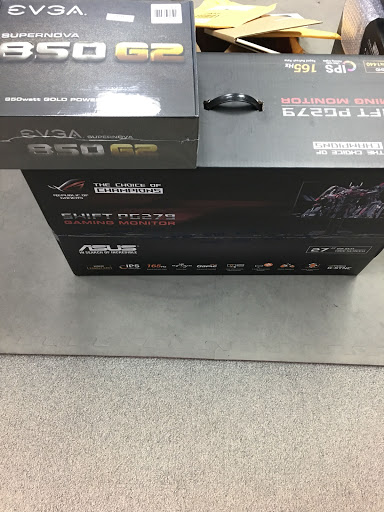 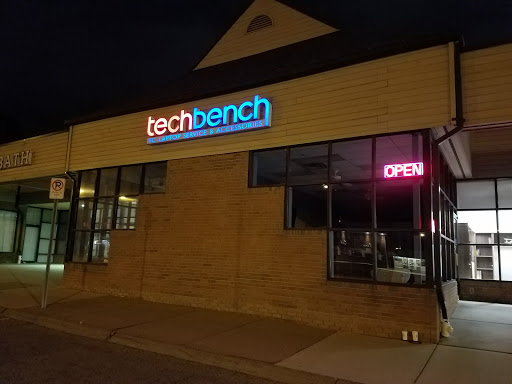 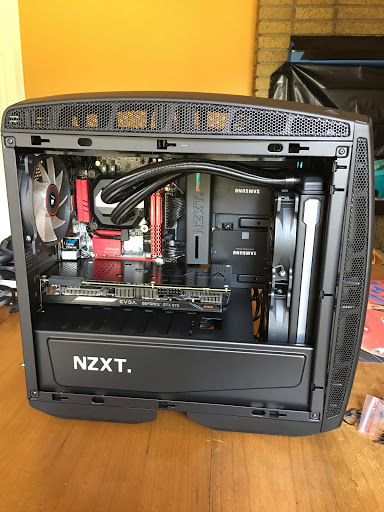 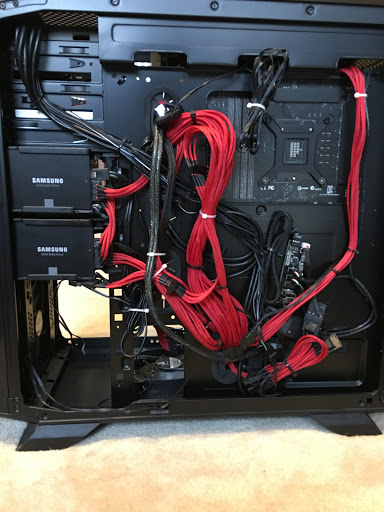 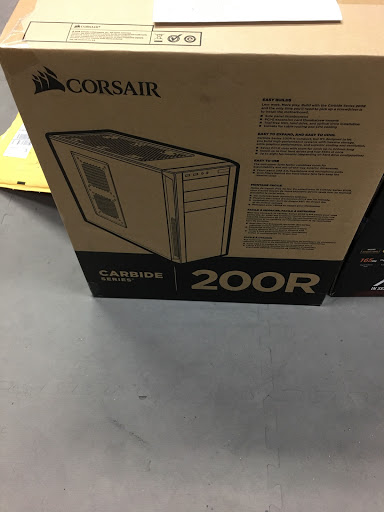 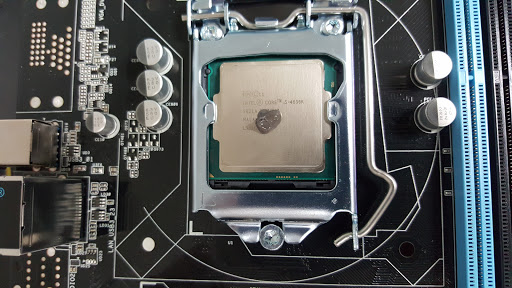 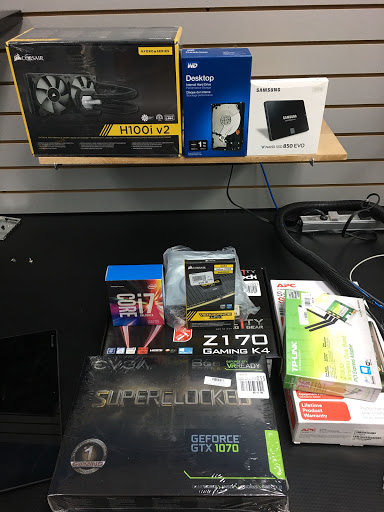 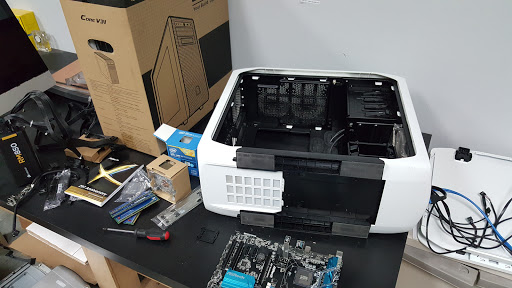 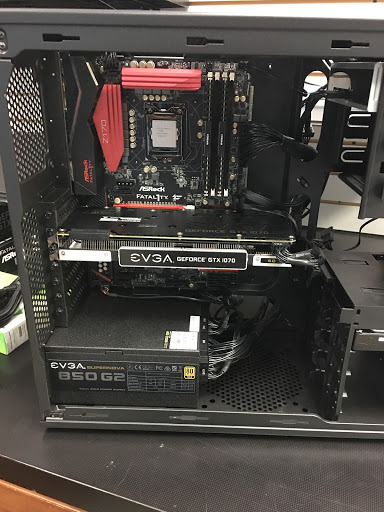 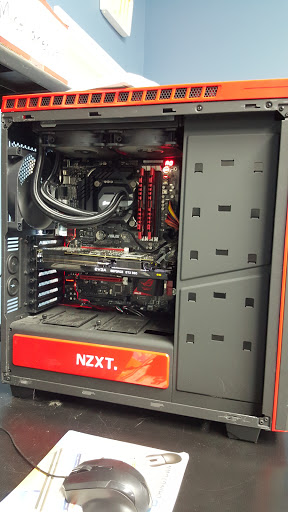 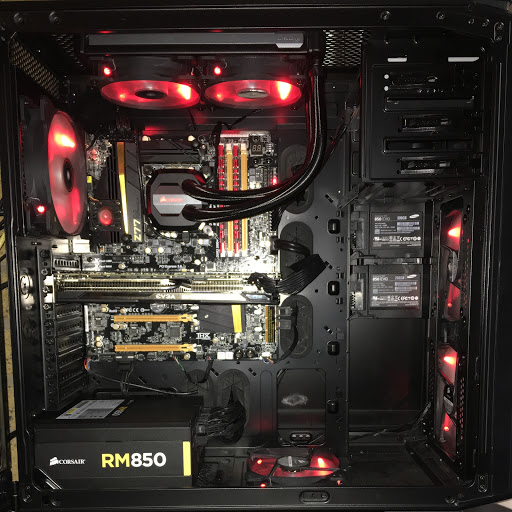 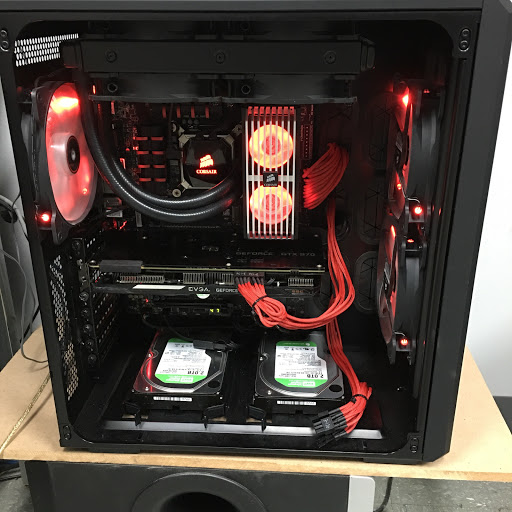 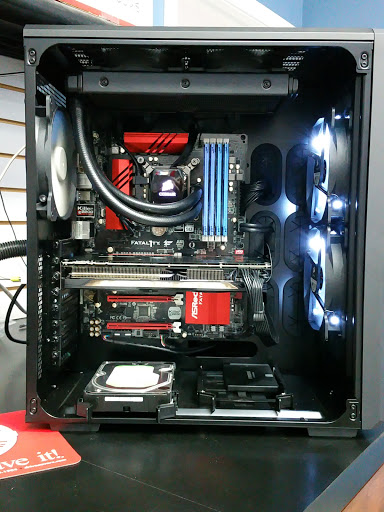 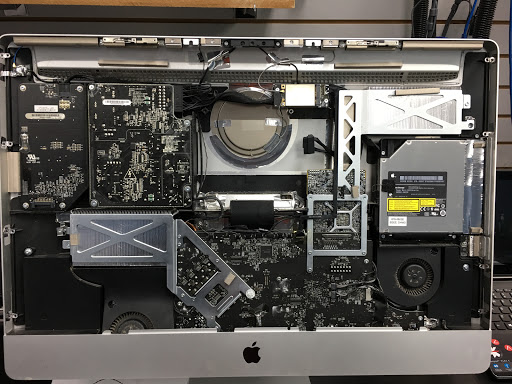 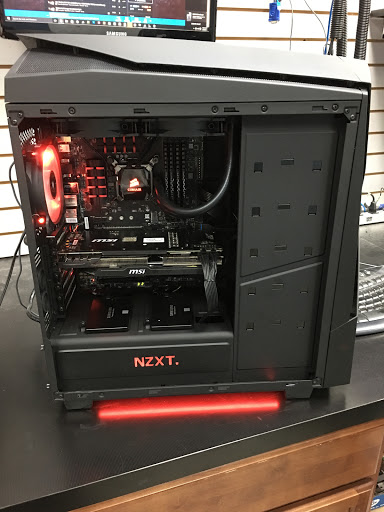