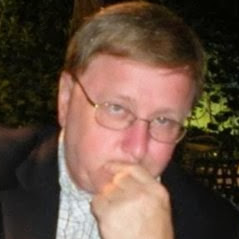 Dishonest contractor. My outdoor hose bib was dripping water when the valve was turned on. Gold Medal said I needed as much as $3493.00 + tax worth of repairs to fix it but offered me a 15% discount if I bought an annual service plan. What a bunch of thieves! My neighbor later came over with a wrench, tightened the packing nut on the valve and it stopped dripping. It took him less than 30 seconds. Gold Medal is clearly committing acts of fraud against an unsuspecting public. People who have been cheated by Gold Medal should organize and see an attorney. ================== Addendum Gold Medal responded to my original complaint which you can read below. Here is my response to that Gold Medal reply: ================== What a foolish response that further proves your dishonesty. Lets make sure that Gold Medal rip-off victims understand the facts. To fix the problem, which was a simple leaky outdoor hose valve, your plumber wrote in his official Gold Medal estimate that the outdoor valve must be replaced for $768. But he could not do the job for $768 because it was also necessary to cut an 8" square hole in the interior wallboard. This extra "investment" is $393 so the absolute minimum to fix this leaky hose bib is $768+393 for a total of $1161 + tax. And just to be clear, $393 to cut a hole in my basement ceiling is just to cut the hole, not to patch it up or repaint it. So, at the very least, we have an $1163 bill and an 8 inch square hole in the ceiling for a job that only required a simple 30 second tightening of the valve nut. But thats only part 1 of the Gold Medal Fraud triple-play because $1161 is the minimum "If-Im a Lucky Cheapskate" price. Your little fraudster plumber said he would have to shut off the main water valve which, in 30 year old homes, is frequently unreliable. He wrote in the official Gold Medal estimate that I should be prepared to "invest" another $1251 for a new main shut off valve. There is absolutely no reason to shut off the whole-house water valve since there is another shut off valve, 10 years old and 10 feet away in the unfinished part of the basement. There is also no reason to presume that either the old valve or the newer one would malfunction yet your little thief said I should be prepared to spend another $1251. And while he was at it the pressure reducing valve should also be replaced for another "investment" of $1082. So, for a leaky outdoor hose bib, that my neighbor fixed in 30 seconds, your official Gold Medal estimate demands a minimum of $1163 but only if Im a cheapskate and its my lucky day. The actual recommended "investment" is $768+393+1251+1082 + 7% tax totaling $3738.58. Wow! And given your stupid response you would have readers think that $1163.00, the minimum repair price, is "in the hundreds" and $3738.58 is, again in your words, "a couple thousand." I would also point out that your little crook-in-training never turned the water on anywhere in my home or connected a pressure gauge or did ANYTHING that could remotely be considered as plumbing. So thank you for your foolish response and now I guess I should repay you by taking it up a notch. I have contacted the NJ State Attorney General, the BBB, Consumer Affairs and I will contact Costco who I believe may still use your company for Air Conditioning installations. Happy? And if you continue to be the idiots that you appear to be I will create a website and devote it just to Gold Medal rip-off scams. How does that sound? And to think that a simple apology would have worked.

I tell you from day one my experience with Gold Medal was extremely horrible. I had a tech come out to do a basic service and he informed me that there was mold in our hvac system. He gave us a quote for the various repairs that needed to be completed and also had scheduled a comfort advisor to come to my house and give me a quote for replacing the entire system. The gentlemen Nathan Fuchs came out to our home and really had no clue why he was here. After we explained to him and showed him the paperwork from the service tech all he wanted to do was quote me to replace the condenser. I explained to him that we were told he was there to quote us on replacing the entire system. After we sat down and figured everything we wanted to do out,( we also had a tankless water heater installed) we were told the price and agreed to finance the operation. After getting all the documents for the service loan and everything signed and accepted, we got a phone call the next day from the accounting manager Nicole saying that the financing was not approved. Apparently the advisor messed up the paper work and everything had to be re run and re done to get everything scheduled. After getting that taken care off the installers showed up at my house on the scheduled day and began to perform the work. After speaking with Mike, the lead installer, my fiancè was informed that they were told to come install the systems and that they didnt have any of the extra stuff (uv light to prevent mold and a couple other things ) and werent aware of it. They finished up and left for the day. My fiancé went to do laundry and noticed that our glass dryer door was scratched and cracked. The next day they returned to finish the job. We informed Mike the lead installer about the dryer door and refused to sign the invoice til we spoke to a manager. Well I can tell you that NOBODY in that place ever calls you back. We called, left messages, it even took us calling the accounting manager to get someone to call us back. We spoke with the installation manager Lou who came to our home to look at the job, we pointed out some things, he pointed out some things, and then we were told someone would call us the next day to speak to us about getting these things resolved. Again NOBODY calls you back. After two weeks of being stonewalled by these people I called and had to raise hell and mysteriously everyones in a meeting about my account. This is when I spoke with Joe who is apparently the director of operations. I told him what I want and he said he would take a look at pictures and let me know. ( I was quoted $1500 for duct work that didnt happen). After receiving my call back ( yes he called back that day ) we got everything settled and I was told that a permit package will be sent to me to get the permit closed out. It has been two weeks since that conversation and I still have yet to receive a package. I have had zero correspondence with them. No package, no phone calls, no nothing. The job was performed June 17-18 2016 and here we are now looking at the beginning of August 2016 and This is still going on. I do not recommend using Gold Medal. Ive told friends and family they lack communication, they drag their feet, and lack competent sales people. The slogan "award winning service" on their vehicles is a sham. 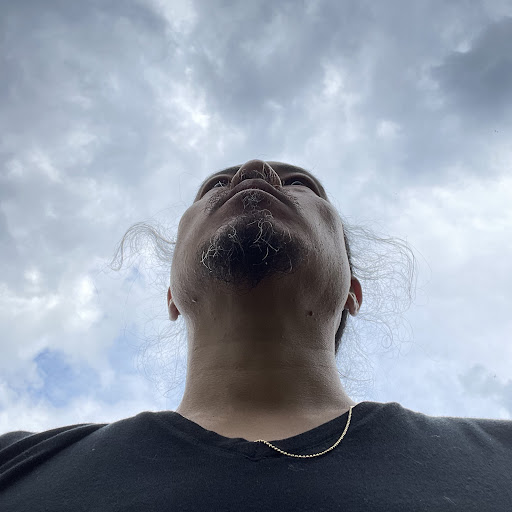 Based on google search results and reviews left for Gold Medal Service - Let me tell you how I wasted a beautiful Sunday morning/afternoon. Have a plumbing issue that flooded my basement so I cant tell you the urgency in needing a service person, with a good reputation, to come to my aid. Called Friday - made an appointment for Sunday 12pm. 8/2015. Woman that set up my appt was great. Phone was dead in AM and noticed a msg from Mike at 8:45am the day of service (mind you - no mention of voice confirmation or else). MSG: "Hi Im MIke from Gold Medal Service! PLease give the office a call back! Thank you!) I called back once message was received at 11:30am - answering service took my msg and waiting for a call back or for someone to ring my doorbell since it was 1/2 hour before my appt. NO DOOR BELL RUNG OR PHONE CALL RECEIVED. Called back at 12:28p - Left a msg - spoke with a wonderful lady named debbie - no call back! Called again - 1:43p, 2:48p, 3:52p - no call back. Mind you after 1:43 I realized thered be a good chance no one was coming, but as mentioned - I was desperate with needing my plumbing fixed. Final conversation I was furious and stated Id leave reviews reflective of my experience - finally got a call back within minutes! (NOTE: Funny and seriously entertaining that I get an immediate call back because i said Id leave scathing reviews). "Hi, Im the Service manager at Gold Medal Service, I heard you had an appointment and no one showed up?! On behalf of GOlD MEDAL SERVICE, where we pride ourselves with valuing our customers, I deeply apologize for the miscommunication, not to mention youve been waiting all day! First of - we have a policy to confirm via telephone hours before the appointment. It should have been conveyed to you, if not - we will look into it. I understand you are upset. (Mind you i have 2 little boys cabin fevered - wanting to spend the day with their dad) Let us make it up to you - I dont think we have any repairmen(women) available to come today, but let me see what I can do! Plus, let us take X% off your final bill" THAT WOULD HAVE BEEN EXCELLENT TO HEAR from a customer standpoint! BUT NOPE - the conversation did not go down like that...INSTEAD... "This is XXX from Gold Medal Service - Im the service manager..." I explained what went down... "We called you multiple times at (times given)..." I had no missed calls after my intiial call. No voice messages indicating appt was cancelled. "I dont know what to say - we called." - I was dumbfounded. That was the guys response - with a huge chip on his shoulder. More or less telling me - theyve done their job and im at fault. No apology either. That is how theyll treat you. The adage that a customer is always right - has obviously left this earth years ago with the advent of online stores, etc... But Cmon...Cant a person at least expect some kind of service? Honest, straight up service? Where a service company that stands you up and can at least say "my bad - its our fault and this is how well make it up to you?" NOT FROM GOLD MEDAL SERVICE! Better to search else where. *Im sure folks have experienced better, otherwise they wouldnt still be in business" BUT if a company has such beautiful and perfect reviews on line - dont believe the hype! 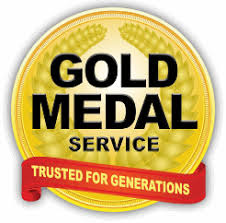 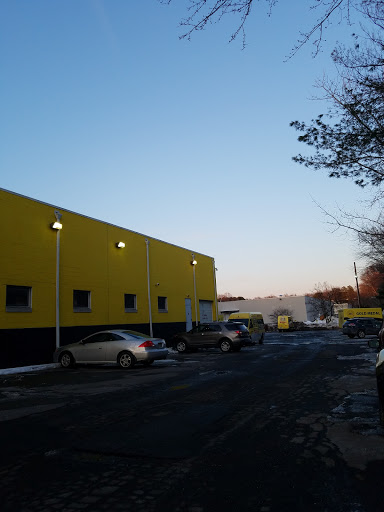 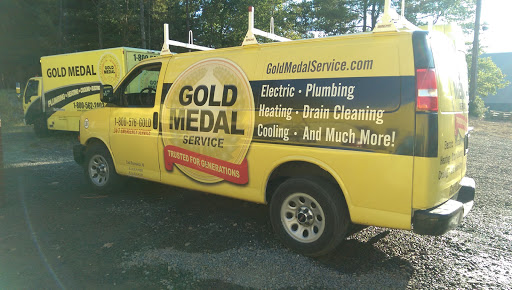 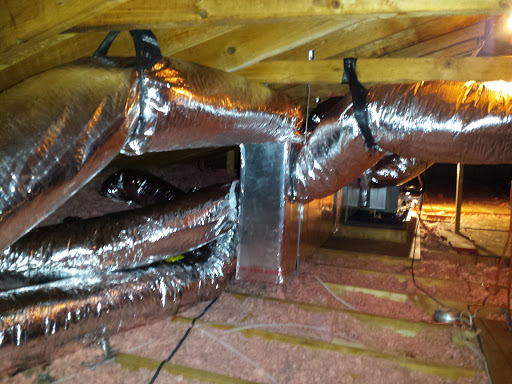 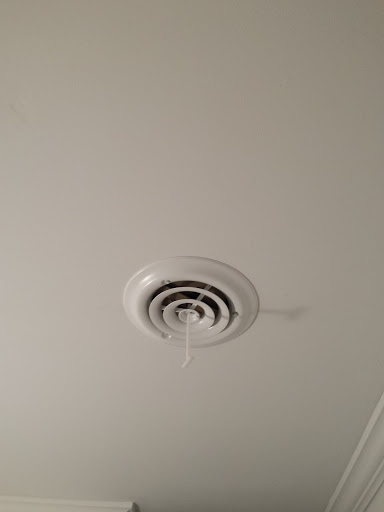 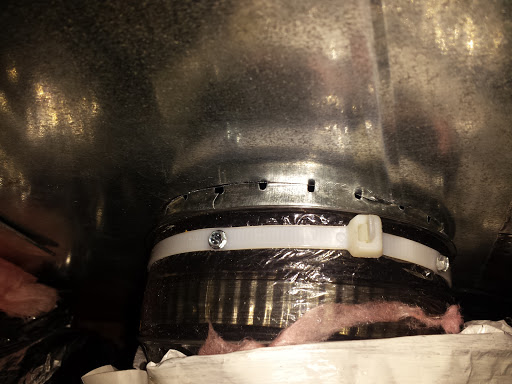 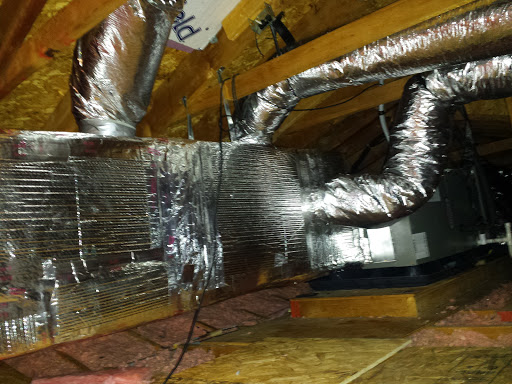 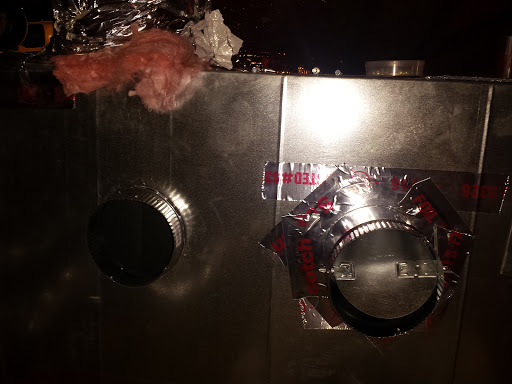 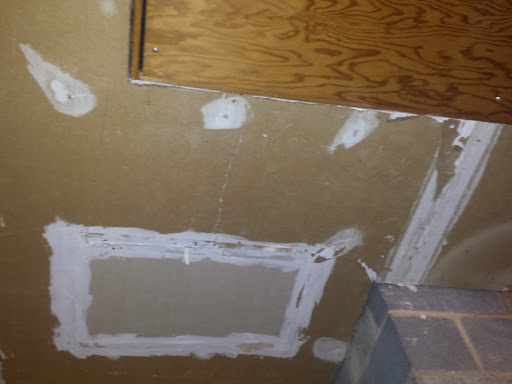