My review is based on the poor customer service that I experienced at this location of Retro Fitness. The facility itself is a fine gym and is suitable for solid strength training and cardio programs. Since I was a college student in Virginia at the time, I decided to get a membership at Retro Fitness while I was home for the summer. I kept my membership for several additional months so that I could use the gym during the various holiday breaks that we had. Eventually, I decided to cancel my membership. I canceled the membership in writing as the contract required. I had no issue paying a $60 termination fee that was calculated as a percentage of my remaining contract. I paid the fee and expected my membership to be terminated effective immediately. After checking my credit card statement, I noticed that Retro Fitness continued to bill me despite canceling my membership. I called the manager at the gym. He told me that he did not process the paperwork as a termination. They processed it as a "non-renewal" instead, meaning that I would still be charged for the remainder of my membership and that I was liable for the back payments. When I asked why he did it this way he stated that there was nothing that he could do and that I would have to pay. I called my credit card company and disputed the charge and notified them that Retro Fitness was no longer authorized to charge my account due to a breach of our contract. I was reimbursed for all the charges that Retro Fitness had charged me. I expected this to be the end of my ordeal. Now I receive harassing emails and phone calls from ABC Financial, which is Retro Fitnesss financial membership service. I now have a bill from them for all of the backcharges that my credit card company took from them. After calling ABC Financial, they contacted the gym manager in Hamilton and said that it was a paperwork issue that is Retro Fitnesss fault and that I should contact the gym. After another phone call we were told that the gym still would not do anything about the fraudulent charges. The credit card that I used has since been canceled and Retro Fitness does not have any of my current credit card information on file, so I cannot be charged but the harassing emails and phone calls continue. After this ordeal, my father and I have both severed our relationships with Retro Fitness. My father was happily a member of this gym for several years but left after hearing about my ordeal. It is a shame that a decent gym is ruined by pitiful management and customer service.

The 1 star ratings for Hamilton Retro Fitness are a bit harsh, though it certainly isnt a 5 star establishment by any stretch of the imagination. The facilities are kept clean from what Ive seen, and every time I deal with the staff they seem friendly enough, though I only ever exchange a "hello" when I give them my swipe-in card and a "goodnight" when Im leaving. The membership price is decent, though Planet Fitness (which I used to belong to before I moved too far away) only charges $10 for much better faculties. Hamilton Retro is very small, with maybe only 10-12 treadmills and a handful of ellipticals; you may find yourself waiting to get your cardio started. Similarly, they mostly only have one of each other kind of machine, which wouldnt be so bad if people didnt monopolize them. One night I seriously waited 45 mins. for some lady to get off the crunch machine. She did 2 sets and then just sat there for about a half hour, all the while she was a mere 15 feet from a seating area. You learn to get a little pushy in order to get your workout done in a timely fashion. One of their main gimmicks is they show a movie every day, which can be hit or miss. One of my first days there they showed the Dark Knight, the next day was 10 Things I Hate About You. Yesterday they showed Youve Got Mail, today was The Illusionist. They have to please everybody though, so I cant hold it against them too much. All in all, its a small, decent, convenient gym, nothing more, nothing less.

Looks nothing as it does in the pictures here. It is really dark and dreary inside. The staff members are unkind and unfriendly. They dont look too happy about taking care of your children either. The manager woman is racist and rude. The other staff members are arrogant. Their treadmills in an upper level area have no air conditioning whatsoever nor even any proper ventilation. Just two old crappy fans blowing hot air. I guess its good if you like running inside of a sauna. The internet has to be the absolute worst I have ever winessed. You constantly have to keep connecting and putting in the password. And even then, it only connects you for a short period of time. I certainly would not suggest this gym to anyone.

It has one squat rack with non-adjustable safety rails, making ATG squatting impossible for shorter people. You have to sign a contract to pay for multiple months in a row with additional fees, with little flexibility. Theres often strange meatheads and I suspect a lot of unnatural lifters in this gym often. Other than those cons, the gym has 3 benches, a full set of dumbells, your standard machines, and a bunch of other equipment available for use. For the price it isnt a bad gig, I just wish they had at least one power rack.

Nice place to go, the guys they are very friendly, I have fun every time that I go there, I saw the reviews before and thats not true, the bathrooms are clean, the staff they always answer to me all that I need to ask, and also I invited one of my best friends to go with me, dont blame anybody if dont got the success with your training, because we are responsible for every action, depend of me if I want to have success not depend of the staff. Follow your dreams and your goals no body can stop you.

I had my week trial which was a great experience, I returned to sign up and a woman imidiealty said no to my request without an explanation until later. Me being 17, I wasnt allowed to sign up without a waver from a parent which I understand. But since I may look young I was taken as a joke, you lost a potential customer. In addition was extremely rude, only info I got was that she made sure that she included she was a manager.

It has a decent amount of equipment, but the hygiene of the facility could be better. Also, most of the pre workouts for sale there are insanely over priced. Take Curse pre workout for example, a 50 servings container costs $28.49 yet they charge you $2 per serving, meaning they make a profit of $71.51 per container. The same concept goes for ON gold standard pre workout, c4, and any other brand they are carrying at the time.

DO NOT WASTE YOUR MONEY! hamilton retro is the dirtiest gym, all the employees do is sit and make fun of the people working out. They do not clean tanning beds after being used. All the front desk girls are rude and cocky. The childcare was the best aspect of the gym, until the child care attendant left and they hired a new person who does not know how to deal with children! I do not reccommend 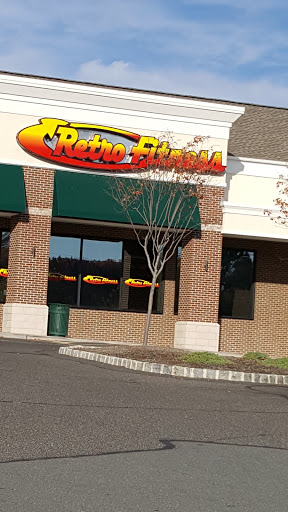 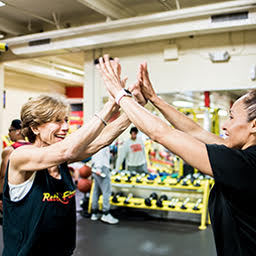 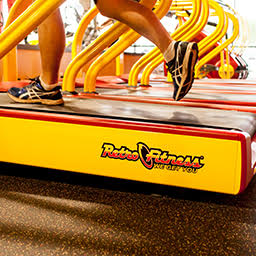 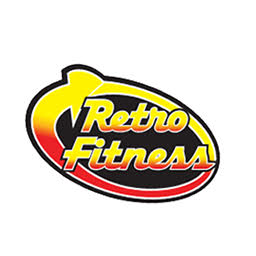 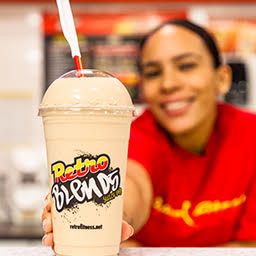