I would advise anyone who is looking to use this daycare to be weary. My child went there for almost two years, but we felt it necessary to remove him from the school after learning about the directors behavior towards our son. I will give credit that for the first year and a half things were satisfactory with the center, and through that the time we always appreciated the teachers role in our childs development. However, the last few months had been concerning. I noticed that my child was becoming extremely afraid of the director. So much so, that he would put up a fight every day to not go to school. Because of this, we paid closer attention to the staff and owners. Here is what we found: - Recently, the staff appears to be very demoralized and there seemed to be a very apparent change in the overall morale. We hope this is not due to the director’s overshadowing of the classrooms, but cannot be sure. - My child (2 years old) began to tell us how the director yelled at him, and how sad it made him. - The way the director talked about our child to us had convinced us that the directors philosophy towards child education was more damaging than beneficial. Over the course of a few weeks, she called my child manipulative and stubborn more than once. Any response to her about this was shrugged off, as if she didnt really care to consider our thoughts on it. - I then witnessed the director publicly reprimanding my child in a very demeaning and disreputable way. We made the decision to immediately remove our child from the center. Within three days, the business manager (who is the directors husband) felt it necessary to threaten me with a collection agency for the final two weeks payment (the two upcoming weeks we forfeited by removing our son early but agreed to pay), in which they already had a check for half the amount. At the time of his threat, we were awaiting resolution from him of an inquiry into the accounts final balance and had a spotless standing in regards to tuition payments during our son’s attendance at the center. Also, the director and her husband recently made a change in their business processes where they demanded unfettered access to your checking account to obtain payment, regardless of account standing. We were not comfortable enough to follow suit with this payment option. I would be extremely cautious about bringing your child here. The owners started to show their true colors recently. We have no complaints about the teachers as they did their best and seemed genuine with the care and education of the children. However, the way the owners are running the center just isnt the environment I want for my child. Good luck.

As a licensed educator, psychologist, and mom, I cant warn people enough about this disgraceful excuse for a child care center. The director is unstable, downright nasty, and only views the center as a business. She has ZERO interest in children and families. Her staff are afraid of her and she censors what they are allowed to convey to parents about their own children. She even falsified documents in my sons file.The director has her husband run interference for her, too, because she is such an obnoxious person. Our child was there for less than two weeks before we pulled him and filed child abuse charges against them with DCF. The investigator was unable to substantiate the charges, but he was not surprised and said that making charges stick in an institutional investigation is very difficult. He did convey that he believed us. We also filed a formal complaint with EEC, who indicated that there have been numerous complaints filed about this center and numerous licensing violations (though the director will tell you that EEC has never found anything wrong with their center). The director is a pathological liar. The final straw was the day that the director accosted me in front of several staff and children, denigrating me and my child as he stood by my side. The day we terminated their services, the director insisted that she did nothing of the sort and claimed that I had followed her through the center making threats. Seriously?! The day we pulled our son, they refused to allow us to go to our childs classroom to pick him up and collect his belongings, and they had the nerve to call the cops on us! The police had to tell the director that she had no right to keep us from going to his classroom to get him. Had I been following her around making threats just a few days prior, why didnt they call the cops then? That clearly would have warranted a phone call to the police! Despite being a very intelligent, well-adjusted, happy child, our son had nightmares for weeks as a result of his experiences there, and he suffered some negative consequences to his self-esteem and self-advocacy skills that lasted well over a year. He still gets quiet when we drive by there. For the life of me, I dont know how this center is still open. Please spare your children and yourselves the pain and frustration. No child or family should EVER have to experience what we did!

DO NOT PLACE YOUR KIDS HERE!!! My daughter has been going to this daycare for 2 years now. And just recently i had noticed my daughter would not want to stay. Especially around the female owner. With any of the other teachers she would stay but always around the female owner she would act different. Every time i would drop her off and the owner was there my daughter would hold on to my legs very tight and tell me "mommy i want to go with you i dont want to stay". When i was at home i would ask her why she wouldnt want to stay. And my daughter almost 3 says "Mommy they hit me and push me" i thought nothing of it because kids play around, they push, they hit, they throw things etc. And recently i would notice that my daughter would tell me" im sorry" very scared for any little thing she did such as dropping a toy on the floor or not picking up. The owner called me one night and said one of the workers that recently left filed a 51A on me (Child neglect and abuse) and that she wasnt allowed in the building until the investigation is over. Which i thought was very weird. The next day spoke with two of the teachers and was told that the female owner would push the kids on the floor for no reason. I immediately took my child out of the daycare with tears streaming down my face thinking who does this to a child!!!! When i speak to other people that have brought their kids there or have worked there they say theyre surprised that daycare is still open! I WILL MAKE SURE THESE PEOPLE WILL NEVER BE ABLE TO OPEN A DAY CARE OR CARE FOR CHILDREN AS LONG AS THEY LIVE!!!. i dont know who would defend or protect someone who does that to an innocent child.

My son attended Amazing Kids for a little over two years and we loved it there. I was so sad when I had to pull him from the program when we moved away from the area. We had a great relationship with the owners and the teachers. The communication between staff and the families is excellent. The center did a wonderful job of supporting my sons social, emotional, and cognitive development. I really appreciate that the school supports student independence. It was very obvious that they expected my son to do anything that he was capable of doing by himself and he was provided with just enough support to do things that he may still be developing skills to complete on his own. His accomplishments were always recognized by his teachers and the owners. It was nice to see that the owners knew the kids individually and were aware of how they were doing day to day. My son looked forward to going to Amazing Kids everyday. Im so grateful that I was able to send him to such a nurturing environment. 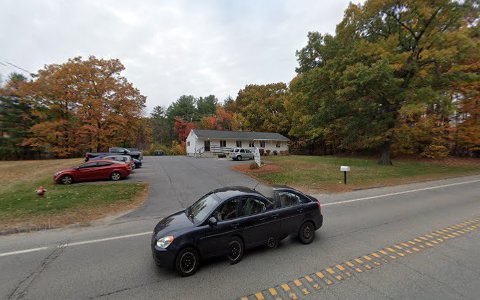