Had an accident on the am of 7/5 my car was towed here via the police. Now I am told ppl like this are wreck chasers. Basically appearing to be there for your benefit but like other post once they receive payment everything changes!!! After my car was assessed and the total was provided to me my husband and I decided not to fix our car and the owner Frank withheld my car and would not let me see it nor have it towed from his place of business. The claim was placed friday and friday I called stating not to fix my vehicle. Frank(the owner) said he did not understand I was switching up on him, I stated was this not an estimate? am I wrong for wanting to choose whats best for me and my family? I drove over to get my vehicle they claimed it was a part from the adjuster looking at it and monday was better. Again I said do not do anything to it I will be here monday with a tow truck. Monday came and they denied me my vehicle and I was threatened by Frank that he did not want to hurt me. I called the cops. All they could do was take a statement which at this point Frank claims I owe $3000 to even get my car. What the did he do? And did I not tell him to leave it alone!!!! You see the problem was the insurance claim wrote a check for $7000 and Frank my friend said I was messing with his bank account so apparently they are great scammers!!!! After leaving and stating ok if thats what you want fine! Driving home i pondered what was I going to do about this all and I dont have $3000 plus money to get car towed and repaired elsewhere! This was the most expensive estimate ever!!! He then calls me and began to ask about the payment I stopped with the insurance company? And proceeded to tell me he was taking me to civil court. I gladly agreed and told him to never call my house again. Needless to say the check was rerouted to the dealer who a balance was owed on the vehicle but what a mess. Frank, Phyliss and 1st choice auto are the worst ever!!!! Wish I would have read this prior too so I am posting for anyone else. They seem so friendly at first and my did things change! All I wanted was which avenue was best to take after my first accident and I was vulnerable to his fake kindness. If he was a real business man he wouldnt have to frighten ppl into business or was it that he did something crooked and felt like he worked so hard and didnt want to loose the scamming insurance money? He kept saying I worked hard for this!!! As he should!!! Needless to say I would NEVER recommend them to ANYONE! AVOID the headache and fear of if your car is being repaired properly or if these crooks are up to anything illegal...I wonder...I mean who has a piano and a bar in their office and refers to themselves as the "BIG GUY"! Well I serve the "BIG GUY" thank you JESUS for not allowing me to be scammed totally as for my car well its still there but going to be paid in full with damage and I dont know if I will need to hire a lawyer myself by Im ready because Im so tired of crooks!

DO NOT TAKE YOUR CAR HERE!!!! They are scam artists for sure. They use Toe trucks to sucker people to have your car serviced by them. Then they will sucker you to have your insurance money sent directly to them. You will then hear nothing from them. When YOU have to call THEM they will lie and come up with reasons why it’s taking so long. They told me they were waiting for a certain parts that were backordered. I then began to have suspicion, and starting calling places. My Insurance told me they chatted my check early on, without my endorsement, or my banks. I also found out by going to a local dealer, that they had every part in stock and that the have dealt with these guys before. Recently they told me up front that they First Choice is known for being scam artists and have been doing this for years. Long story short, I had to get a lawyer involved, to get them to get it done. When it was “done.” I came to inspect it, and they did a terrible job. My front rim had some damage to it. Instead of using my insurance money to get a new one, they grinded down the burrs, then swapped it with the rear wheel….( Like I wouldn’t have picked that up). My fog lights were popping off, and overall did a half a** job. They had my car for two months and repaired it all in probably a day. Absolutely ridiculous!!!! These guys are nothing but criminals preying on people and will steal your money, and do terrible work. DO NOT GO TO THESE GUYS!! IF YOUR CAR IS THERE GET IT OUT!!!! I learned the hard way and I am not paying for it. I had nothing but anger and frustration for the Past two months it’s been there. Learn from my mistake. Go with your Insurance companies Preferred repair centers, or better yet, take it to your car dealers’ collision center.

My experience at First Choice was a good one. Yes, their tow truck was the first on the scene. I took a chance and had my car towed to their shop because it is very close to my home and convenient for me. My car is new with only 3,000 miles on it, with extensive damage and I was worried how it would turn out. It looks great and drives as a new car should. Frank, Phyllis, and Len could not have been more accommodating. They worked directly with my insurance company making the whole process very easy for me.

Run away because looks can be deceiving. Nice people until they receive your check. I initially took my car to them for repairs and a paint job, had to take it back for a second time. I received a loaner that was disgusting, smelled like oil and had no horn. Two months later they are telling me to take it back because my car still needs repairs and a third paint job. Their work is substandard and they are clueless. I took a loss but I would be crazy to take it back there for the third time.

The staff at 1st Choice has been nothing but accommodating. Frank, Phyllis and Len are always upfront about the process. I read some very negative comments and experiences and I have to say that my experience was nothing but pleasant. You cant blame the body shop for parts being on backorder. Once my parts were in my car was done in a couple of days and returned to me as if it was new. I would highly recommend this shop.

I have NEVER had a problem with Frank, Phyllis or any of their employees. I have had 2 cars worked on at 1st Choice Auto they are extremely friendly through out the entire repair and never tried to scam me for my indurance check. 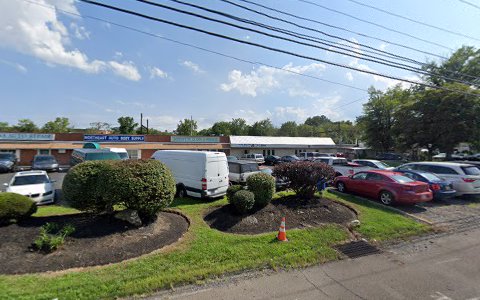