If could have given negative stars, I would have. The people who run this store are the rudest people I have ever met. After I called (about 4 times until someone picked up the phone before it went to their voicemail) about an online printing order I had placed (hours earlier), I was told to just email them the documents instead. I then asked if they would have them done in time before they closed as it was due the next day and was given a non-answer, "maybe if the person comes in he might be able to finish it." After hearing that I asked them to cancel the order entirely as I would be going to Staples to have it done instead. Fast forward to the next day, my credit card had been charged and not refunded. I called the store after chatting with UPS Store customer service who told me the store had to handle the issue. I spoke to the same woman who I had dealt with the day before who, upon recognizing my voice, handed the phone to another man. He said that there was nothing he could do and that I needed to call UPS Store customer service. After trying to explain to him that they had told me to call the store he said, "Do not call us again. You are wasting our time," and then hung up on me.

Zero customer service. The Asian woman working there got annoyed at me and threw a shipping label envelope at me bc my pre printed label wasnt already stuck on the box (why? They dont have tape at a shipping store?). Then made me carry my drop off to her pile of boxes in the back (seriously?). Then after keeping me waiting for over 10 min got further annoyed bc I wanted a receipt for my drop off? Told me it was my fault I didnt get it and that next time I should make it clear that I want one (bc me asking for it wasnt clear?). Absolute ridiculous service.

I agree w/earlier review that owners are "rude". Since I was already in Bernardsville, I stopped in to inquire about purchasing several boxes. The store layout has the boxes in the back of the store, which apparently is accessible to employees only. When I attempted to move towards the back of the store to evaluate the boxes, the owner barked at me to "wait behind the counter, and you will eventually be helped". I left and took my business to my usual Mendham store, where the owners (Chuck and Cindy) are always courteous and super helpful!

I have transacted business in 13 different UPS Stores. This one, by far, is the worst. I have come to this specific store twice in the past month only to be treated rudely and harshly. Each time, the boxes I shipped were criticized in some way as to how they were labeled or presented. The operator or counter person was exceptionally hard to understand and did not communicate well. Also, she refused to provide me a receipt for my shipment. I will not use this UPS Store again and will likely use a different shipping service.

I arrived at this UPS location shortly before their posted closing time of 6:30pm. I dont often like to bother people near closing time, but I had to work late and I had a pre-labeled package to simply drop off. I was told that I had to leave my package in the store, outside of their security gate (which was already shut). I was also told I could not have a drop off receipt, so I took my package and left. The gentleman behind the counter and a female employee were rude and flippant. I wont be stopping here again.

Trust the other one star review!!! The owner is CONSISTENTLY rude and impatient. EVERY TIME I drop off a package and ask for the receipt, the owner is reluctant to do so (sometime even outright refuses). Even when they finally print out the receipt, they threw the receipt on the table and ask me to bring the package to the back of the store by myself in a condescending tone. And I do mean EVERY TIME!!!! Avoid at all cost.

I had an emergency print job to fill a while back, very simple, only 20 standard letter B&W pages. I completed the order online and the store just flat out never filled the order. No calls, nothing. I made a complaint with UPS Stores head office after receiving a refund, its very possible this franchise is a scam or a front for something else. There is a location in Basking Ridge that is worth the extra drive.

If only I could have negative stars, because this place doesnt even deserve zero let alone one. Mind-bogglingly rude is the only way I can describe these people. Have had the same experience as the others here - rude, will NEVER provide a receipt, etc., etc. UPS should be embarrassed they allow this place to exist. And I wont use UPS because of it.

I have used this store many times since they opened years ago and have only had the best of experiences! David and Christine go beyond the expected for me every single time! I wouldnt go anywhere else!

quite simply the rudest and most arrogant people ever . UPS should be embarrassed they allow such behavior from the people who represent them

The asian lady at the counter wasnt helpfull and explaining things clearly.

I have to agree with the other reviewers... the rudest staff ever. 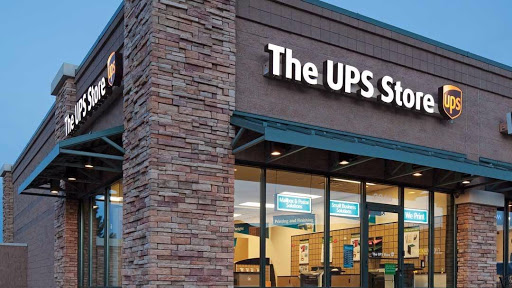