Overall good service. We had a leak appear overnight, called first thing in the morning and got service the same day which was great and hard to do with other service providers we called. Pros: - Quick service - Receiving an e-mail with the Techs name, photo, and bio - Good polite service, took time to point out issue and where it was - Paying with credit card is easy and quick Cons: - Service required some soldering of new pipes which left specs of metal all over our walls which were not cleaned up - Tech did not wear boot coverings, not the end of the world, but depending on jobs visited before ours this might be more of an issue or a problem with families and babies that crawl all over the place We would use them again for service. UPDATE: I was contacted by Flat Rate regarding the boot coverings and some of the mess from the service. They were very apologetic and informed me that it is in their policy to address the boot coverings and the mess, so perhaps mine was an isolated incident. They offered to make it right, which I appreciated. Im updating my review because of these updates. Although some cons in my actual service visit, the company showed proper customer service to remedy my concerns and they truly do care about your experience with their operations. Once again, I would recommend them for future services.

Cannot recommend Flat Rate Plumbing to anyone. We had several sewer back up in the basement. Flat Rate came out and insisted that we had broken pipes and that they needed to be repaired. The repair would cost thousands. Should have shopped around but my mother had just passed away and I was already under a great deal of stress. We allowed them to do the work. Should have been suspicious when they said they had to start right away that day. We didnt even have time to move our things in the basement. They said they would cover everything with plastic and nothing would be damaged. Then they made the hole bigger than necessary "by mistake", but told us for 3 more thousand dollars they could replace more pipes in case we ever wanted to put a bathroom down there. That was when I knew for sure this company was not reputable, but my basement was torn apart. To add insult to injury, they used no precautions to keep the dust down in the basement. Dust was everywhere, in the furniture, kids toys, christmas ornaments.... Contacted the owner of the compnay and received no response. There are plenty of plumbers out there. Please research and stay away from Flat Rate Plumbing.

In the past when we have had plumbing problems we have called Austin plumbing. We made an appointment to have some pipes snaked. They basically came to our house and did the same thing we did, because they didnt have equipment that would work to reach the clog. We were very disappointed, but because the service guy was pretty good we decided to call them back. They wanted us to work around their schedule which meant taking off of work. We were not willing to do that. So we decided to go purchase the pressure tank at Fleet Farm and do it ourselves. We decided instead of making tons of trips to the store to get the tools or misc. items needed to do the job it would make more sense to call a professional. We thought would try Flat Rate Services. We are so glad we did. They worked around our hours. The service was excellent. They went ahead and installed the tank for us even though we didnt purchase it through them and the tank was somewhat out-dated. Who doesnt want to save a little money? The price was reasonable. I feel like a very honest company and we will definitely be using their services from now on. I would highly recommend this company. So thanks guys!!! Happy customers

Wish I could have shopped around. Furnace guy was polite and fixed my malfunctioning furnace within 30 minutes of being at my home. However, I felt like he worked harder on his sales pitch than the actual replacement part. I had 2 options, buy the part for about $750 straight out or for $704 if I paid an additional $88 for furnace cleaning and maintenance 2 months from now. I had no choice but to get the work done if I wanted heat in December for my baby. They also neglected to tell me on the phone that he would charge $115 for diagnosing the problem, in addition to the $29 to come look at the furnace. Granted, he waived the fee if I paid for the work. If not, I would've been out $140 with no work performed. That being said, I had no choice but to pay for the repair, which ended up costing nearly $900, to quickly replace a module on an old furnace. The part alone, that he charged over $700 for, is available for $129.95 online. I understand convenience and company markup, but marking up THAT much is insane and not right. Especially when it's a required fix. Just another company caring more about their pocketbook than the customer.

Failed to mention 60 "estimate" charge until he was there. Worse, upon arrival, he quoted an unreasonable number. I got it done for 1/4th the price. He seemed inflexible as to how to do the job but wanted to go an expensive route of replacing things that didnt need to be replaced. He was not good at explaining the plumbing situation. He seemed not at all surprised that we did not take his super high bid. I think his business model might be to just collect his 60 fee for 15 min of "giving estimates." He could say a million dollars four times an hour and make good money doing very little. the reasons I think he might be a con: Look at the first three years he was on google maps....bad review bad review bad review.... then about a year ago I think he got wise and paid someone to put fake reviews on. Look at yelp. they corroborate my story. They will charge at least double if not more. Oh and then the bill comes with a sentence about sending to collections if it isnt paid timely. Not a bad idea. But be warned this dog wants to bite you. And if you call him, he will bite you.

My kitchen sink was backed up and Andy came out to "diagnose" my problem. His solution was to fork over 1700 for him to repitch my pipes to help gravity. When I questioned his "expertise" as to why the same routing had worked without problems for the last 50 years....he responded it just took that long for the problem to build up....soooo....gravity had some type of evolution since my home was built? After declining his "fixes" he became irate and thought it proper to let me know he had been doing this work for 13 years and how dare I question his opinion.....to say none the less I respectfully declined to be raped in my finances. The next day I called another company and they were able to remedy the problem with snaking the drain and replacing about 6 inches of pipe saving me over $1500 from the quote from Flat Rate.....I would never recommend them to ne one. The sales tactics and price gouging is ridiculous and only stands to take advantage of people needing immediate help.

I recently relocated to the Wisconsin area an bought a new home. Soon after moving in, I realized the house had too many issues for me to handle myself. There was an odd, musty smell coming from the bathroom sink with a “gurgling” sound in the sink piping nearly every time I flushed the toilet. To make matters even worse, the heat was hardly functioning at all, and being winter time, I could barely sleep the first night, it was so cold. I asked one of my new coworkers if they had a company they could recommend and they pointed me to Flat Rate 24 Hour Home Services. I am so glad they did! Not only did I hear amazing things about their services after asking around, I could not be happier with their services! They fixed all of my new home’s issues at a cost that was reasonable, and ALL their staff were amazing from the first phone call to the technician coming to my home! And…everything works beautifully! You can even schedule their services on-line! 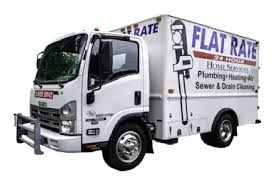