My vehicle was perfect, now it runs horrible. I took my vehicle in for a simple oil change, and at the time it was running in perfect condition. I returned to pick up my car, and when I drove out of the lot my car sounded like it was going to die. I noticed when I first started it, it reved up and idled at 1500rpm, much higher than normal. Now the engine seems choked, it makes backfiring and weird gurgleing sounds. It also has a constant rubbing sound when the car is running. I dont understand at all how all this could go wrong after only an oil change, but now I find myself going to another mechanic to find out what was done an it will likely cost me big bucks. I will update later after it is determined what they did. My advice is to stay away from this place. ***UPDATE*** I had a technician from my place of employment look at my car and they immediately idetified that the driver at Meineke bottomed my car out when entering their service bay. They had bent back a metal cross-bar (i dont have any idea what it is called or what its function is), and caused who knows what other damage. I brought it back in, and informed them of the damage we discovered. 4 hours later they called me to tell me it was fixed. I talked with the owner on the way out and told him that he needs to tell his techs not to use the ramp that has clearance issues. He then said that it was "maybe possible" that the tech hit the edge of the concrete at the entrance to the bay with the bottom of my car, and I quickly corrected him that there was no "maybe possible"...it was obvious what had happened. Then he admitted to the fact it did happen, but said he wasnt there to see it. Then he said that when it happened he had the tech pull around to the other entrance and use the lift. Interesting that he can instruct his techs on what to do when he is not there to do it. Also he was there when I dropped off the car, and when I picked it up....whatever Ultimately they repaired my car. It is unknown what else they fixed other than the bent peice of metal, but it is my suspicion that there were other damages to my car that they had to repair. Who knows what kind of long term effect this will have on my vehicles perfomance and safety. The lesson that they need to learn is that if they would have fessed up in the first place, and not lied about what happened, then I would not be so irrate. HONESTY IS ALWAYS THE BEST POLICY.

I say the same about this place with respect to poor service. DONT EVEN THINK ABOUT GOING HERE!! We called in the morning to schedule an appointment for an oil change and were told no appointmnet was necessary. My son showed up with the car at the time discussed earlier in the morning. He was told that all bays were blocked and they were waiting on parts and it would be at least a 2 hour wait before the oil change could be done. I spoke to the manager and asked if it was possible for my son to run down the street to do an errand and be back in about 30 minutes. I was told that if he leaves he will lose his place in line and he was not acceptiong any more appointments for that day. About an hour or so later, the oil change was done and my son left. I called the owner to describe the fact that if we wanted to have the oil change my son was held hostage and could not leave. He told me that my son was rude because he fell aslep on their couch. My son had just finished giving swimming lessons to children for the last 5 hours, so he was a bit tired, but what else should he do when hes told he cant leave. I tried to discuss my position with the owner, but he continually talked over me and would not allow me to finish a thought. As I waited for him to finish, I tried to explain my position, and he started to talk over me again. In my opinion, he is the one that is rude!! The customer service here ranks below poor, but as the person wrote earlier, you have to give at least a poor rating instead of a ZERO rating. Forget the coupons and the cost associated with this place. It is NOT worth the hassle and the rudeness to even drive past their building!!

I was planning on buying a used car in the area, and brought it in for a prepurchase inspection. I was quoted $39. The machanic gave me the bad and the ugly and advise me not to buy the vihecle. Even though I already semi decided that myself upon test driving it, I still had glimmers of hope that the machanic would find it a good enough condition to buy. He assured my intuition and pointed out all the issues with the vihecle that I could not see with my unskilled eyes. Best of all he decided not to charge me, and provided this service free! Another thing I would like to mention is that when I called in to ask for a quote the receptionist was very polite and pleasant (I cant say you always get this experience from people in this line of work). In person she was just as pleasant. Thanks guys for saving me money. And keep up the great service.

Great place, have came here for oil changes here and there the last few years. Recently had a situation where i was doing my own exhaust work but got stuck in the process because an exhaust sleeve was rusted out. Took it over to meineke, talked to Stefan who I think was the manager, really friendly, nice guy and knew exactly what had to be done. Was busy but he got me right in and took me back in the shop to verify what I wanted done. Had the piece I was banging on all afternoon out in a few minutes and had me on my way. Great to have a guy running the shop whos knowledgeable and also has great customer service skills, kudos to him...great place.

This place is under new management now. I sent my driver there ( commercial van ) to get the A/C repaired and they did a full diagnostic and recharged and added dye. For the first time ever I was not told that I needed $700 or more in work done on an A/C system when getting one fixed. Its like most places just see an easy mark when it comes to A/C failures. The young man is worried about how people are treated and understands that Honesty in business will keep a steady flow of customers coming in. I think you should give them a chance, and tell the manager that Rodney Long sent you.

Dave was great! My muffler had fallen off and I had taken it to my regular mechanic. He advised it would be cheaper to go with an actual muffler place due to the welding. I called all the muffler/exhaust places in Crystal Lake with decent reviews for quotes. When I called Meineke I told him the lowest price I had been quoted and he matched it. The office is clean, they have free wifi and a nice large screen TV if you have to wait there. My car now runs and sounds great! Everyone there was professional, and really nice! I was pleasantly surprised and would recommend to others. 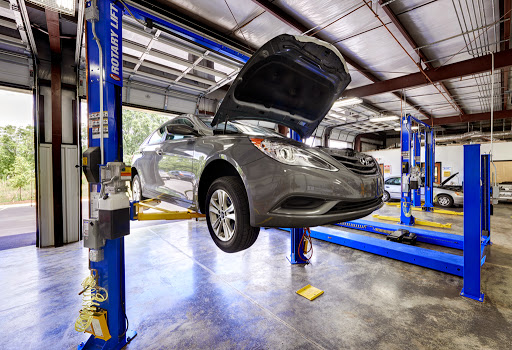 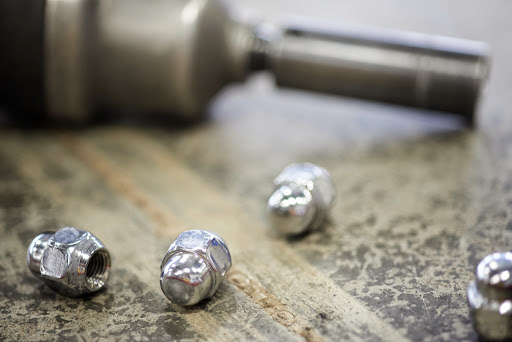 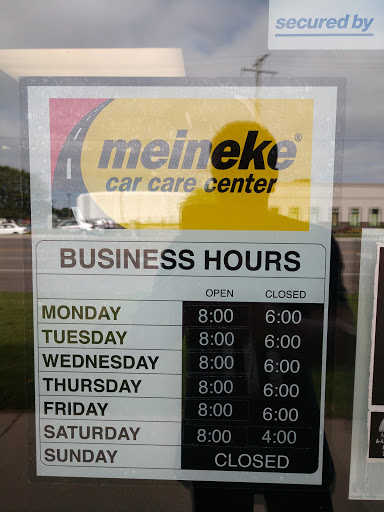 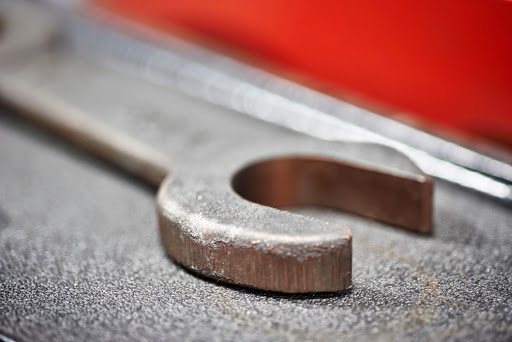 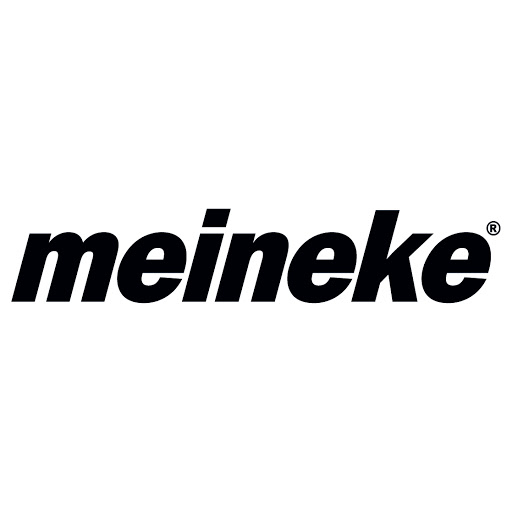 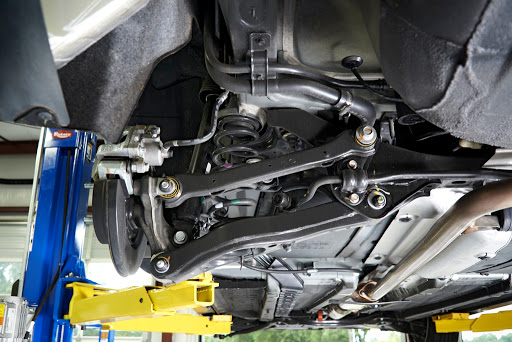 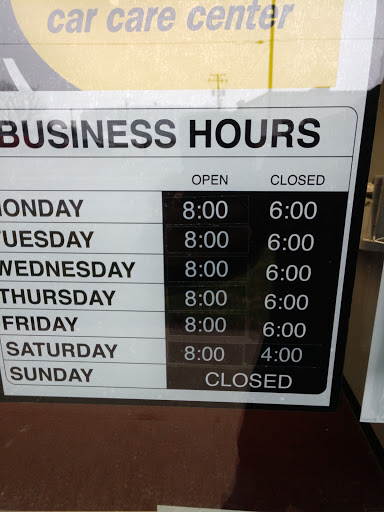 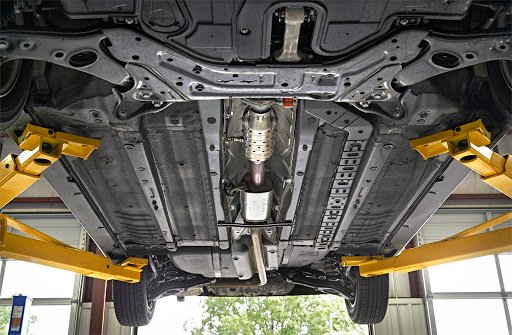