I heard good things about the food, so I called...got put on hold for over 8 minutes. I called back against better judgement 3 times, and I finally was able to place an order. I was told it would arrive in at most 45 minutes. An hour later, my order was not here. I called back multiple times and each time I was put on hold immediately before I could ask where my order was. A young lady called me back and apologized for me not being able to get through. When I asked where my pizza was, she could not tell be where it was, and at best - promised it would be here in another 20 minutes (which would be ~40 minutes after I was promised). I was, naturally upset and told them to cancel the order. Flash forward a short period of time and I had a POLICE OFFICER calling me saying hed come arrest me for my complaints and he had the owner there at the station with him. The officer demanded I apologize to the young lady I spoke to or hed come arrest me. I explained what happened and the officer backed off. So, I was left with NO FOOD, and yet I had a VERY BITTER TASTE in my mouth for what the owner of the business did. The owner essentially blamed me for being mad that hes not staffing his own business to succeed and that my food didnt arrive. And, he went so far as to drive to the police about it. And, he alleged that I called his workers "stupid"...which I did not. While I am sorry that his worker was upset with me being unhappy about poor service, the owner needs to staff his business appropriate to SUPPORT HIS WORKERS and not put them in the position that led to me being upset. I would rate this restaurant a ZERO if I could. But, to post the response, I have to give them 1 start. Consider this a zero.

We ordered through their online option. Their employee called us and asked if we wanted 2 of the same order. We said no. He said the order went through twice, but he would go downstairs and stop the second transaction, so we would not get charged twice. We knew how much money was in our account. We checked it before the following 2 times and were charged only once. A few days later; however, we discovered they did indeed charge us TWICE causing an overdraft in our bank account. It took about a week to get refunded for the second order, BUT they still owe us $65.00 for the overdraft they caused. Went to call them again and they acted like they could not hear us...may need to take legal action, if it does not get resolved. Also, their food was not that great...very bland. No taste at all. Definitely WOULD NOT RECOMMEND this place to anyone.

Dont order take out unless you want to wait at least an hour, if not longer. Today was an hour and a half. Last time was over 2 hours. Last time, they did bring us 2 free pizzas the next day, but completely unacceptable to make us wait 2 hours. They could have said we are busy and we would have picked up. But every time, you call, "its on its way". Nice. An hour later. Totally not worth the wait. Food is just ok. Garlic bread is good though.

The delivery took an hour and then the people running the place didnt give the delivery guy our drink and it was more than another hour before we got our drink. The person on the phone was rude about the whole situation. I ate my food while waiting and it was pretty good my fiance however was waiting for her drink and so by the time it showed up it was cold. Needless to say if we order again it wont be for delivery.The delivery guy was nice though.

I seen my friend Garrett did a review on this place, so I decided to order the other night and LET ME TELL YOU this food is amazing. I had a Buffalo chicken sub and It was the best I had ever had for awhile, I also had their pizza a week ago, just a regular pizza and it was a real Italian style pizza, I felt like it was from Italy itself. Thanks to Garrett I now have a great pizza place to go to. Thanks buddy

Well see I started this awful review due to a bad experience that I had but Neil the owner called and completely rectified the situation!!! He offered a discount on the next order and honestly the food is BEYOND delicious !!!! So I know situations happen from time to time so i Ill def be back ! Thanks again !

Very very good pizza. The best of recruiting trip . I understand why this place is spoken so highly of. We walked in at 6pm on a Monday night and were seated immediately. Wonderful pizza. Thin crust. Very fresh. Cheese was excellent. Worth a trip for the pizza itself.

Delivery was absolutely terrible. They was 30 minutes late and our food was cold. The "boss" was also rude and argumentative when we complained. The calzone that we ordered was disgusting. Definitely not worth the money, hassle or the waiting.

Found the place from a big Chef outside. The food is great, the service was excellent Cody, the assistant manager was attentive to all our needs. I live in Monessen, the two time I ordered the food arrived hot and within a reasonable time.

Food is great. Placed an order at 11:30, it was delivered at 1:35. Their excuse was we only had one driver. Let me know that next time we order, o wait, were not. We would have gladly picked it up if we were told it was going to be hours.

Cotromano"s is a fabulous restaurant that brings out the best of The Mon Valley. The neighborhood is safe despite it being in Charleroi. The Lasagna was delicious, the Eggplant was phenomenal, and the meat sauce was the best Ive ever had

Ordered for the first time and it took 2 hours and 10 mins and when we called they said the food was sitting there just waiting on delivery driver, so not only did we wait that long but we had food that sat out for a while

Why go anywhere else- GREAT PIZZA My favorite in the area. Now online ordering, makes it even easier when my friends and I are studying. Cant believe delivery reaches out all the way to Cal U from Charleroi.

we eat in and order delivery very often. We love all the meals we have had here, but the pizza is our go to. Its always to perfection, hot, crisp, and cheesy. Its simply the best pizza in the mon valley.

My friend Joe ate here and told me good things so I decided to jump into the experience. LET ME TELL YOU , I had a chick parm sub, it took my taste buds on a roller coaster through Italian food heaven.

Only been here once. And I can say the Steak Hoagie is one of the best Ive ever had. The fries are awesome. The service was quick & friendly. It was very clean here. Ill come back again.

the food is delicious but i went for all u can eat on Sunday night and they decided to skimp on each dish even the first plate they gave me i couldnt understand what was going on. 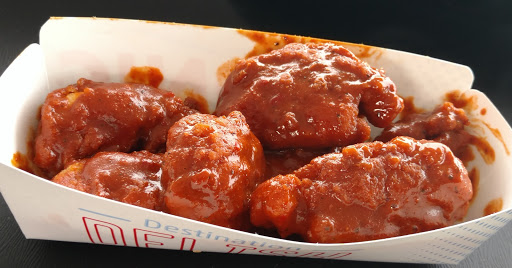 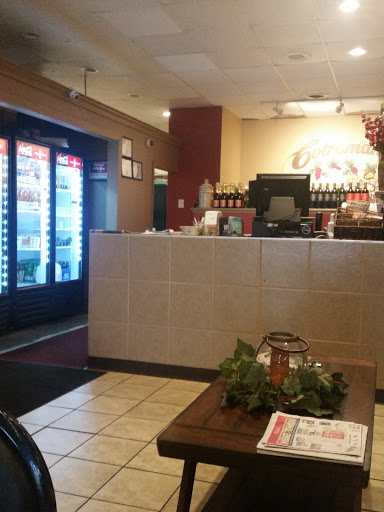 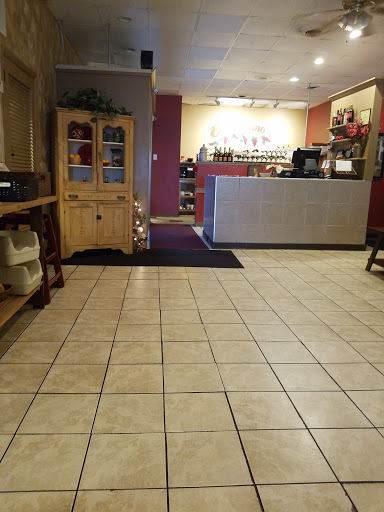