Carriers losing packages. Carriers delivering to the wrong apartment. Carriers leaving packages on the truck. Carriers completely leaving packages at the PO. Packages having to be mutilated to get them out of my mailbox because some of the carriers dont understand basic geometry. Two-day priority packages delivered in, mostly, 3-6 day windows. Workers at the site that operate so slowly that even a full lunch break isnt enough time to get the simplest of simple things accomplished. Nevermind that so far 3 of my packages this year SO FAR have been lost/misdelivered. The phrase "get your s*** together" doesnt quite cut it for this clusterf*** of an operation. Not that the USPS in general isnt a complete s***show at times; but this PO is just particularly bad. So why the two stars? Well one of em is because the carrier normally on my route is reasonably friendly and does a decent job of getting things done properly. 99% of my package delivery mishandling problems happen on her days off when one of the other jackoffs is on my route, and the one time it was her fault and she left my package on the truck, she actually brought it back to me later that night. Hell, I tried to tip her and she refused. Meanwhile, the other pricks just head back in and delay my package until whenever they feel like re-delivering it.

Up until yesterday, I was thinking the mail carrier for my area was doing fine aside from running the route at inconsistent times. But yesterday, they were supposed to deliver a package to my mailbox. It just so happened my apartment number was missing off the label. But that was it. (I did put my whole address in on the order, not sure why the heck it was missing.... I have contacted them directly as well.) There were other pieces of mail in their hand with my name printed on them exactly the same way as it was on the damn package! Not to mention, this is a complex with a nice lady a few paces away from where the mail is delivered that can be asked which person the package goes to... Then they go and make the choice all on their own, to send my package alllll the way back to the place I ordered it from! What the deuce!!!? AND IM THE ONLY PERSON HERE WITH THE NAME THATS ON THE PACKAGE!!!! Really, there was no logical thought to at least hold the package for a bit? Obviously someone ordered it and is expecting it! Pure dumbassery over here. Seriously, get your stuff together with who you guys hire, Auburn USPS!!

This post office is just a joke. They lost a really important document of mine and I asked them to write a letter for me to acknowledge they lost my package. Since the package they lost is a document which does not have any value, there is no point to tell them that I did not receive it if my package was actually successfully derived. A white lady at the post office refused to do anything for me given the fact that I talked to her really politely, she even did not want to help me check the address on my package. That is not all, you know what, when I call the post office, the people who answered my call is exactly that white lady, she lay to me that there is not searching result for the case number that I provided. I am not saying all the people working at this post office is bad, but unfortunately that white lady who is the post office manager is the worst people I have ever dealt in my life. Its not fair to not to use USPS just because of one bad people, but I have to say that I will never choose USPS again.

My mother had horrible experiences with the same blond-haired African American woman twice recently. She seems like a new employee. She has a bad attitude toward a certain race. My mom is Asian. This employee was extremely rude. At first she didnt speak at all, basically using her head to gesture as if my mom wasnt even a human being. It was extremely disrespectful. Clearly she thought just from my moms appearance that she couldnt understand a single word of English. She also seemed extremely impatient, not bothering to explain any of the shipping options. Paid about $180 for international shipping. Good service should be expected everywhere, but it is even more infuriating to have to pay this much while receiving this kind of treatment. Is this woman racist or does she have a terrible attitude toward all customers? I dont know. Be nice to everybody!

So we have a little yellow card in our p.o. box for pickup of some material at the counter. They hand me a package of maybe 25 letters held together with a rubber band. When I check the letters they are various incoming checks to our company, in the range of $20,000 and invoices that are requesting payment from other companies. The problem with this is that the letters were all about 5 months old and must have been hanging around the post office since January (now June) and all the checks have been cancelled and many of the invoices have been received again with dunning notices and late charges. Thanks Post Office, keep up the good work.

I had a bad experience there before. I was shipping a package to China, after I filled out the forms, the white lady who was supposed to help me with the shipping went to the back room and did not come back to the front desk for at least 20 minutes. She was just refuse to show up even her work mates went to the room trying to find her! I had no idea why I need to wait over thirty minutes even after I filled out the forms for the shipping!!! Thanks for the sympathy of a black male employee there, I was finally able to ship the package. Since then I would rather use the online shipping then go to the post office to face the bad attitude!

This post office has horrible service, first off they apparently have no idea when to hire more employees during busy hours and second the African American employee has no manners. I do not know the name of the AA employee that works there but he is usually always there and I always have the worse luck in receiving him to handle my shipments. He seems very annoyed working and has a "I dont give a damn" attitude. Avoid him! If anyone knows his name please respond to this or me so I can file a complaint against him, Thank you.

Theyre always rude and Ive never had a good experience - they have delivered my mail to other houses (as I had a tracking number which indicated it was delivered) and they have lost mail of mine. Yet they deny to ever have made those mistakes. The drivers (on my route at least) are careless as Ive sat inside my door and watched one physically throw a package at my door from yards back. Sick of the horrible service - trust me, I dont want to come in just as bad as yall dont want me there!

This is the WORST post office ever! Sometimes I wonder if the same people who work here also work at the local McDonalds. the employees act the same (terrible attitudes & acting as if we the people forced your had to work here) Auburn post office had yet again to LOOSE another package of mine! Its ridiculous! Please if your reading this: Deliver your own packages ! CAUSE THESE PEOPLE DO NOT CARE! 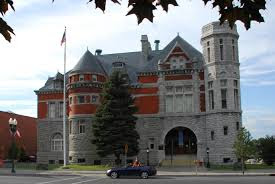