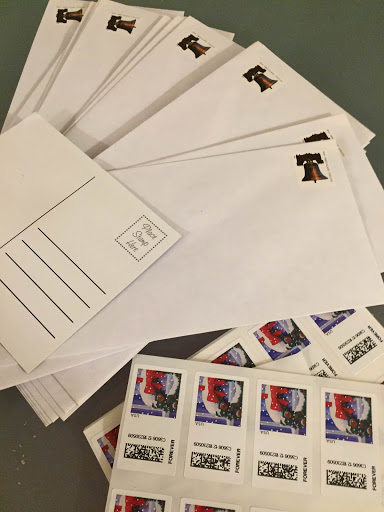 For the last 8 years that I have dealt with this post office, it has always been the biggest pain in the ass. They have NEVER delivered anything correctly except for junk mail. If I order anything online, or Im expecting a check from a client, they somehow always lose it, or it is marked as UAA, and lost forever. I dont understand how this is possible. Either they screw up everyones mail and Im just one of the victims, or they personally target me and make sure nothing important or time-sensitive ever gets to me. Ive check, and double-checked my address and contact info with the USPS, my clients, and any online stores I shop from. It just doesnt seem possible that all these clients and stores write my simple address wrong. It seems more likely that this post office has some serious issues and just cant seem to do the job right. I ALWAYS go with FedEx or UPS when I can. Anytime I have to go through USPS, Im no longer surprised when theres an issue, a UAA, or me having to drive down and yell at people in order to get my mail. Id be shocked, have a stroke, and die of pure joy if one day they actually delivered an important piece of mail to me correctly. Update: I made 35 calls back-to-back during business hours, each one rang for 3 minutes before disconnecting with no answer. Thats an hour and 45 minutes of nonstop ringing, with no answer. This is absolutely unacceptable for any business, anywhere. Why do they even have a phone, or provide a phone number to call if no one is going to answer. I just kept hitting redial while I was going on about my day, got a lot of chores done, had a latte, got a few projects out the door, still no answer. Called the 1-800-ask-usps number, talked to a robot that advised me to call the post office. Said my wait time to talk to a human was 5-8 minutes. After 45 minutes on hold, the robot said they were closed and hung up on me. This needs to be fixed.

This place is AWFUL. I had moved to a new subdivision, so my mail was being held at the post office until mail boxes could be installed in the neighborhood, and I was told it would be about 3 weeks before they were ready. So every couple days, I would stop in and pick up my mail, which took no less than 45 minutes each time. After a month, I began questioning where the keys were for the mailboxes, and I was given the run around for a whole second month. I finally lost patience when I went to pick up a package and they said they hadnt received it, so I went back to work and double checked the tracking, which said it HAD been delivered, so I gave them a call. I was told that the package was in fact there, and that it was MY FAULT that they didnt find it because I "didnt tell them what route I was on"?!?! Im pretty sure that is their job to know based off of my address. which I did give them. The manager I spoke with was extremely rude and when I asked to speak with whoever was above him, he said there wasnt anyone above him. When I asked if I was speaking with the US postmaster general, he suddenly remembered that he wasnt the head of the USPS, but refused to give me information on who he reports to. I called another post office and got the information, and after speaking with his supervisor, my keys were magically ready for pickup that afternoon. To top things off, when I went to pick up my keys I asked where the mailbox was located, and the supervisor told me he didnt know, that I would have to drive around and look for it. The general staff here is nice, but the supervisor I dealt with is about as useless as ice cubes in boiling water.

Terrible. MANAGEMENT NEEDS TO BE FIRED!!!! This will be the fourth time that the mail carrier has placed important mail in someone elses box. I have had checks go missing for weeks and returned to the sender for wrong address. I think I know my address. The payer called me on two separate occasions to verify my address and that is when I found out where my checks had gone. I filed a complaint and actually got a response the first time, but the female that called me praised the mail carrier and said my address was wrong. Please. I know my address. Today, Luckily, two checks went to our neighbor so they brought them to us. I still have an outstanding package that says it was delivered and I never received it. We received the key for the neighborhood box where the package was supposedly placed, but the box was empty and open. I filed a complaint for a third time after that and no one responded. After reading several reviews, I am now wondering if packages are being stolen and maybe a criminal investigation needs to be conducted. I am going to be filing my fourth complaint tonight. Please, If you are having issues in the Sun Ridge area and mail is getting lost or misplaced, I encourage you to file a complaint in hopes we will get another mail carrier.

I am in this post office almost weekly to mail things out of state or to get a money order and the staff is always so nice and super helpful. There is usually a line to wait in but thats too be expected at any post office. When I had a package say delivered but I didnt recieve it the manager went above and beyond to help. He found that it had been on the wrong route and delivered to a completely different area. He had the carrier of that route to back and get the package from where he delivered it and bring it to me. There was another instance where the 79910 post office had marked my mail undeliverable so I sent to my post office (this one) they looked into it and again found my package on its way to another Texas city and had it rerouted back to me which I got 2 days later. There is usually 2 of 3 people working the counter so the line moves pretty quick and they are always helpful and trying to get you the best way to mail your stuff that is best for you. They deal with a lot all day every day and they still smile and treat each person respectfully.

I hate this post office, it doesnt even deserve a star. People are so rude, theyre not helpful, and best of all the service sucks. Its terrible knowing I have to pick up my mail here. Even the mail man/woman sucks. They left a note in my mail box saying " sorry we missed you " and now I have to pick up my mail at the office where theyre holding it. The mail man didnt even bother knocking in my house, they left a note saying they "tried delivering" but no one was home. I knew I had mail coming in that day and I was home. I even saw the mail man from my house putting mail but he didnt bother going to my door for me to sign off my parcel. He just put a slip saying " no one was home, tried to deliver ". You wrote all that down but couldnt even walk to my door which was 10 steps away from the bloody mail box. These people are so lazy, I hate their service. And were paying so much more since their rates are up. And for what ? For them to do a terrible job. Someone needs to do something about this, if were paying so much for postage we deserve better service. 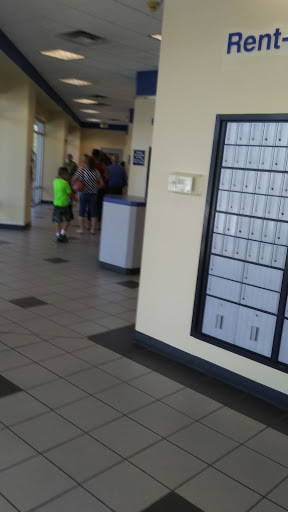 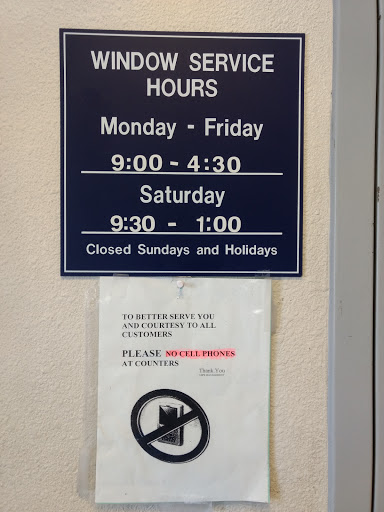