All My Sons Moving & Storage

I had All My Sons moving come to my house yesterday 2-28-17. I called them the day before for a price quote. The man on the phone quoted me $118 an hour with a $50 deposit that he said would go towards the $118. I was also told I would receive a phone call letting me know what time they would arrive. They came at 8:30 a.m. unannounced. I was okay with it earlier the better. The movers were very friendly and professional. I dont want that to get them over shadowed in this review I was very happy with the men who moved my stuff. They loaded my bed, dresser, two ottomans and my bike onto the trailer. They moved my stuff less than a half mile away. They were totally done by 9:15. 45 mins keep that in mind. I get the bill so I can have them run my card. The total was $288, and that did not include the $50 taken off. The bill didnt even reflect the $50 being taken off. I let the movers know I wasnt paying that. They called and had the "packing supply" charge taken off. My bill was still 200 and the $50 wasnt taken off. I spoke to a manager on the phone he was very rude. I admit was very angry. They quoted me wrong from the get go horrible business practice. Any company needs to be upfront with pricing. I will break it down for anyone who wants to hire them. It is $118 for them to drive to your house. They will charge you $50 just because. On top of that it is another $118 an hour. Grand total $250 for 45 mins of work in my case. At that rate I should have hired a doctor or lawyer to move my stuff. I will never go back to All My Sons. I have let all of my friends on Facebook know about them. I am also calling BBB, and writing a review on Yelp. A little advice... customer service is key, and up front pricing as best you can. If you hire them know its $168 for them to get out the door, and $118 an hour after. Shame on you All My Sons.

I would never recommend this company to anyone. I thought maybe I would feel differently if I gave it some time, but I still get upset thinking how much this company charged me compared to my estimate. The person giving the estimate tells you whatever you want to hear (youre going to have the same crew, same lead, for all of your move; if you do more of the moving yourself, the cost will go down, etc.). None of it was true. I busted my butt doing as much as I personally could, trying to bring the cost way under the estimate. But it came in at $700 OVER the estimate. The guy giving me the final bill over the phone said "That is for actual time and material, maam". I get that... I paid for a couple guys to disappear for a couple hours, and for boxes and boxes full of wrapping paper, with very little of my actual items in them. I paid for the training of a new guy on the first day, and for two almost entirely different crews. The crew on the second day had absolutely no idea what they were unpacking and putting back together, so of course they took several more hours than needed. I will NEVER use this company again, and I will most certainly tell all of my friends and family not to either.

I really had higher hopes. The initial advisor who came to the house to give a quote promised the movers would lay down floor protection on thresholds and everywhere the movers would be walking, they would wrap each item in protection before ever moving it, that door frames would have bumpers installed. It sounded like white glove service, and I was happy with the quote. What I received was minimal floor protection (1 hallway), broken items (a stack of boxes with glass and computers fell over while unattended), dented and scratched furniture, and damaged walls and stair railings. All of that and it went 50% over the quote and left us to literally pick up the pieces of glass and furniture left in their wake. At one point I was walking around trying to match chunks of wood furniture that had broken off to their counterpart. The guys were super nice and apologetic throughout, but that doesnt make up for all the damaged belongings and scars left in our new home. On such an exciting day for my family, it resulted in us feeling disappointed and frustrated. I cannot recommend All My Sons based on this experience, and I wont use them again.

I called All My Sons to get a moving quote for my husband and I. I spoke with a representative who was very nice and helpful on Friday. I told him that I was going to call around for quotes and would get back to them if we decided to use them. On Tuesday, I received 7 calls and multiple voicemails between 9:30am and 4pm from John (different than the rep on Friday), asking me if he could help me with my quote or get me on the schedule. Because I was at work, I wasnt able to answer. By the 4th call, I was getting very annoyed so I answered and asked if he was aware that this was the 4th call Id received from them that day. He said yes. I told him again that if we decided to use them for our upcoming move, I would be more than happy to call them back, but to not call me anymore. After I hung up the phone, I received 3 more calls from the SAME person. I called back and told him to take my number out of their system. He was semi-apologetic, said hed take me out of their system, and hung up. All My Sons, please get your act together. I will not use your service because of the inconvenience you caused me on Tuesday.

Used these guys 10 years ago and should have known better than to not check with them first. Had an emergency move yesterday and 3 other companies were so overpriced and couldnt fit me in for 3 and 4 days. Jesse took my call early morning and was quick and efficient and was able to get a team over to me initially at 1:00, then called me back and said a team just finished a job and could come now, (dispite the horrible road conditions) I was blown away and grateful due to blown pipes in my house that ruined the floors so badly the property co. had to move me to a new residence and i was without a home for 2 weeks before they even informed me i had to move. Mike and Ben arrived on time and introduced themselves and made me feel very comfotable. They worked well together and busted out the move swiftly and handled my property with care. Within a few hours i was nestled into my new plc. Thaks guys so much for making my life a bit easier considering the circumstances! Great job

All my Sons Chinden Boise Idaho Excellent! From the initial meeting with Brian expressing the urgency of an upcoming move within days, to Jacob who drove out to my property and estimated the move to the movers, so professional and thorough! Rad and Jeremy were the best movers and hardest workers I have ever had during a move. This was a very emotional move for me and they never stopped from the time they arrived at my home in Marsing yesterday morning. They were humming, and positive despite the enormity of the move, , and handled everything with extreme care. They also were very understanding of my situation and strict budget and hustled to get the work done in a timely manner. I could not be more pleased with All my Sons. They were so personable yet professional and they made a difficult day enjoyable. I appreciate you all. More than a move, it became family time, and you cant usually say that about business ventures anymore. Blessings- Laura Stinson Davis ​ 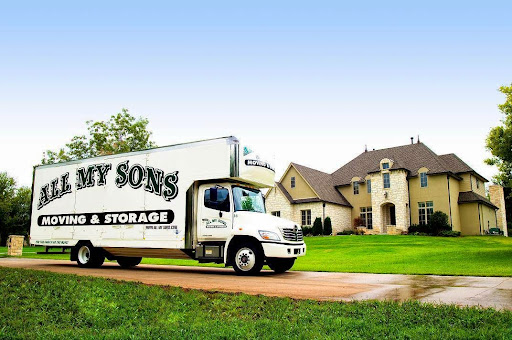 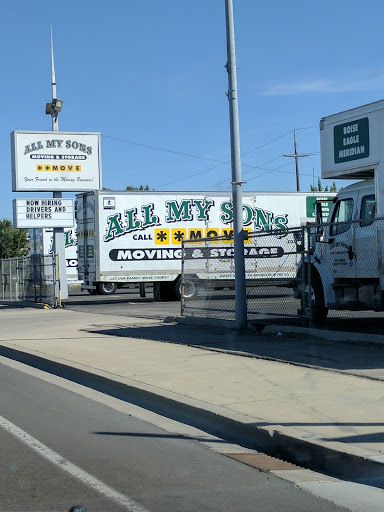 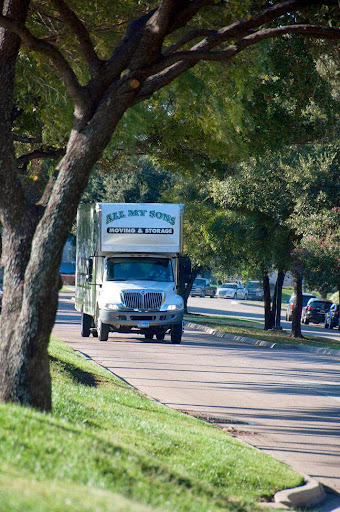 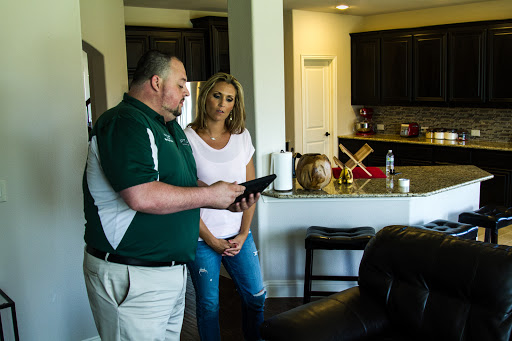 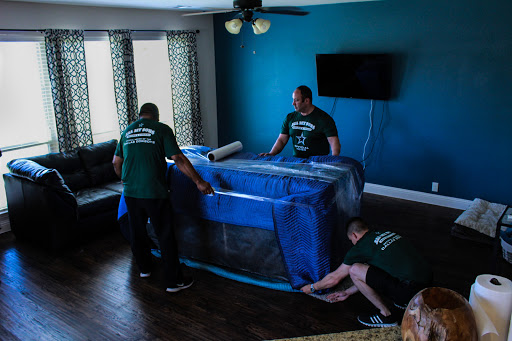 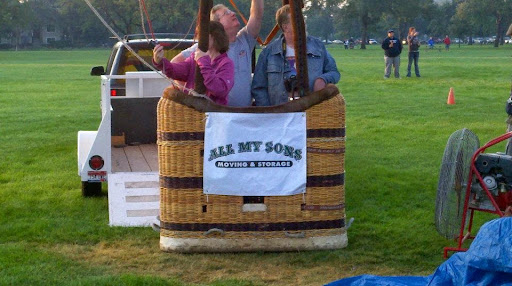 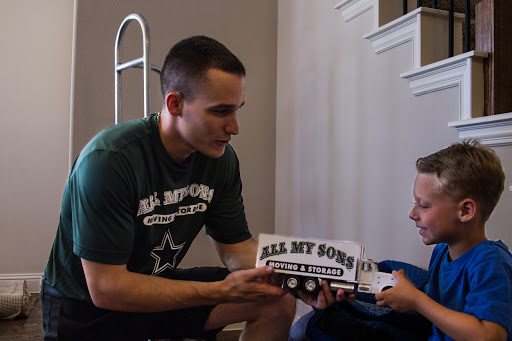 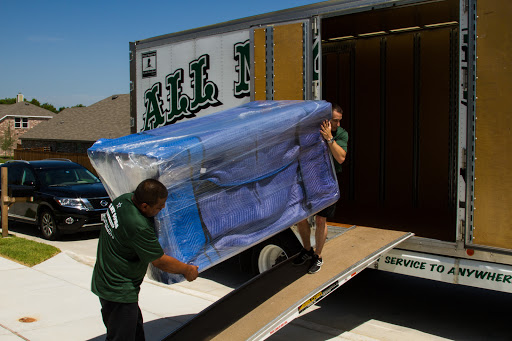 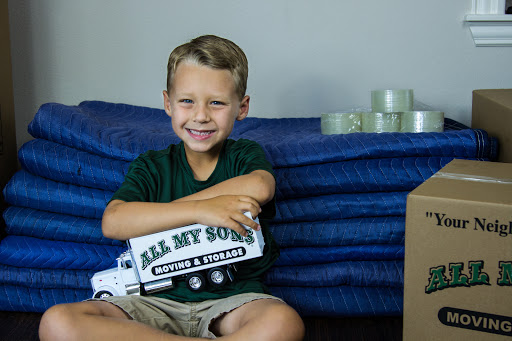