My wife and I were traveling from MA to NC in our youngest son’s truck and U-Haul trailer in tow. We broke down on I-287 in the early evening. The clutch and transmission wasn’t engaging properly. We called AAA and they sent out a tow truck from Defalco’s Auto in Chatham, NJ. The driver, Tony, was very nice (he didn‘t work the next day, so we never saw him again). He even dropped us off at a hotel. We got up the next morning (Saturday) and called the shop first thing to tell them what was going on. At 12 noon, the shop called and said our truck was ready. We asked if they would come get us and he said no. We said, “You’re one town over, we can’t walk there, YOU have our truck, we’re stranded, please come get us”. He said, “You’d better get here quick because we’re closing at 12:30”. There was silence…….The we were like, “Are you serious????? Man, we are S-T-R-A-N-D-E-D!!!!” He didn’t care! In my 50 years of life, I’ve never come across someone as heartless and non caring; or even a situation like this. Where we’re from, it’s total common sense and decency that if someone’s in a jam like that, you help out. My dad was in tire service and my brother and his sons are in the auto service business. This type of thing/attutude is unheard of here. Not saying bad service like this can’t happen here, but it’s so rare that it doesn’t hardly show up on the radar screen so to speak. The many other times I’ve been in a fix like that breaking down, I didn’t even have to ask for a ride. THEY (the other auto shops in the South) offered. We were speechless at the arrogant, non-caring attitude of this NJ shop. We got off of the phone with him. The hotel’s shuttle didn’t run on Saturday’s. There were NO taxi’s in the area (WHAT???). So we had to get a limo service to the shop. We got there and they said there was an engine light on (which there was) and the code said it was a radiator issue. I said, “That may be, but the issue at hand has something to do with the transmission/gear shift or something of the sort, not a radiator”. I’m not a mechanical type person, but I can figure that much out. Total common sense. He said after they replaced the radiator, it drove perfectly. In hindsight, the reason it drove perfectly was the worn clutch pad had about 18 hours to cool down and was fine….for the moment. We had no choice. We were alone there. They had our truck. They had us over a barrel; and they knew it…. And loved every second of it They insisted nothing was wrong with what we said was wrong and ignored us. There is even a plaqard on their wall, boastfully (in their minds, humorously) saying, “This is not Burger King. You don’t get it your way, you get it my way and there’s not a %^&* thing you can do about it”. THAT said it all! We always hear about stereotypes about people and places and I don’t like to judge that way. But of the bad things I have always heard of NJ, this personified it to a tee. We got to Virginia and the same problem happened, but this time the clutch pad totally blew. The auto guy who looked at it there said, “I think you guys either got taken advantage of in NJ, they didn‘t know what they were doing or both. I vote for both”. I didn’t tell him the specifics of how rude they were, just that they replaced the radiator and ignored what we said about the transmission/gear shift/clutch. This honest guy in VA knew just by looking we had been shafted. He replaced the clutch pad and it’s been going like a charm ever since. The bottom line is: Customers and moral descentcy means absolutely nothing to Defalco Auto, so stay the heck away. Avoid them like the plague. You would be better off just picking any other random place to take your vehicle. I don’t want anyone to have to go through what we did.

09/12/14 I would not recommend DeFalco’s services to anyone. I have never seen a worst customer service company in the 46 years I’ve been doing business. If I treated my customers like they do I would have no customers. My vehicle broke down in the parking lot at the VA hospital in Lyons New Jersey. I asked AAA for towing service, at which time they gave me a case number and told me it would be between an hour and an hour. Upon arrival of Falco towing service I was informed by the driver I could have the vehicle towed within a 3 mile radius or back to his shop at no charge. His shop was in Chatham New Jersey. Once at DeFalco’s my vehicle was unloaded off the tow truck in their rear lot, out of sight. I went into the office; I rang the bell to have someone come into the office to inform me what the procedure would be. While waiting in the office I was entertained by a customer and apparently their manager Bill. From the conversation that I heard I decided not to have my vehicle repaired there. I shortly found out that my decision was very right. I then called to have my vehicle removed from DeFalco’s and brought to my home location in Parsippany. I proceeded to inform Bill that I was having my vehicle towed to another location. At that time he informed me that I would have to pay towing charges from Lyons to Chatham. I called AAA and asked them about their policy with DeFalco’s. They informed me that towing was no charge within a 3 mile limit or back to the towing company’s location. At this time I needed the case number that AAA had given me to refer to my situation. I was going back to my vehicle when Bill told me I was not allowed in the rear yard or in my vehicle. I informed him I needed the case number which was written down on a pad in the vehicle. He informed me to wait in the waiting room and somebody would help me eventually. Upon notifying Bill of AAA’s policy he said I would either have to pay labor charges or storage charges. I did not give them permission to do any labor on my vehicle. Why did they take apart my steering wheel without notifying me? I was sitting in their office for about five hours, it’s not like I could not be found. I now asked Bill what would the labor charge be on work I did not authorize. He said $95 for labor. I said okay to indicate I understood. He starts walking away and I am asking him for the cost of the storage charge. He would not answer me and kept walking away, saying you already agreed on labor. I asked him again and he ignored me and walked away into the garage area. Now it’s either pay $95 for labor plus tax or you don’t get the vehicle back. The other company arrived to bring my vehicle to my home location and was already waiting for these people over a half hour. This type of business practice is highly unethical and borderlines on a scamming type of operation.

****It is apparent that their goal is to scam you out of as much as possible**** They damaged my car when they lowered it from the flat bed, causing damage to the tail pipe muffler and breaking 4 exhaust hangers. During transit they did not know where my car was, or where it was going to be or when. They were very vague and elusive on answering questions regarding the status of the car. This debacle went on for 3 days before I had to drive over an hours to confront them in person about the status. I needed to have the car transported to a different place and paid to do so, only they gave me a 8 hour window as to when the car was supposed to be delivered although the place was an hour away and no fixed price or even a quote for the tow (although AAAs guidelines for towing charges are clear and the destination was off a major commercial highway where trucks are allowed) they took my credit card information, however they never sent me a receipt or charged me or told me the car was delivered until I called the day after, and the dispatcher was CLUELESS as to where the car was. she didnt even know if it was in their yard. we have been calling every day for the past 4 days and there is not a receipt produced. I am afraid that they will discretely charge an enormous amount weeks later, I guess is time for another visit. we all have bad days, but it appears that these guys are trying very hard to keep screwing their customers. I usually dont write bad reviews but these guys deserve all the derogatory reviews they get *****Worst place I have ever encountered. Please save your self the hassle***** 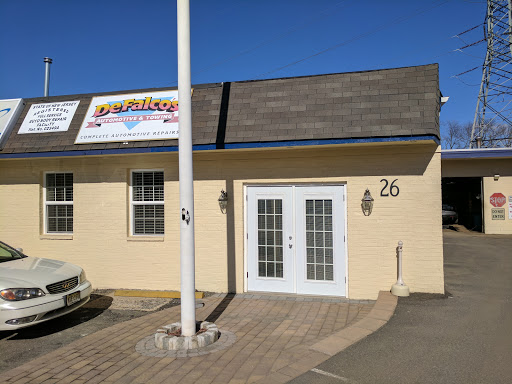 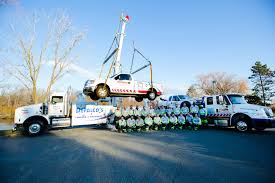 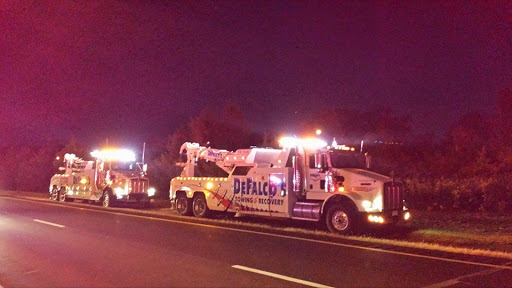 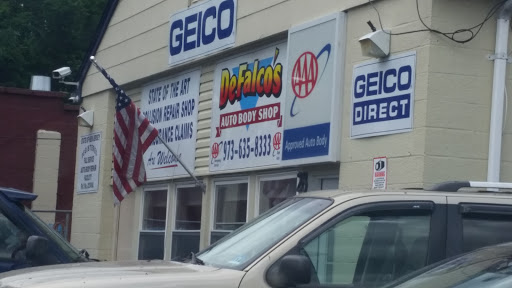 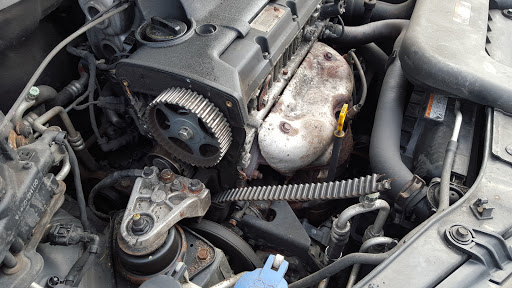 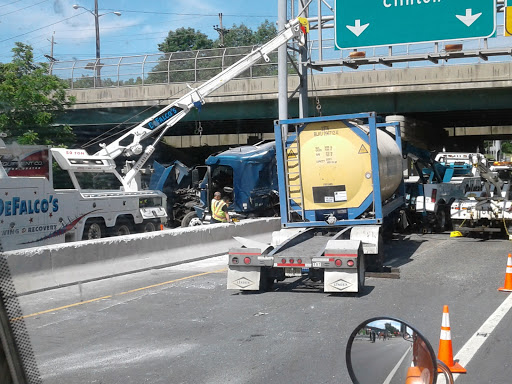 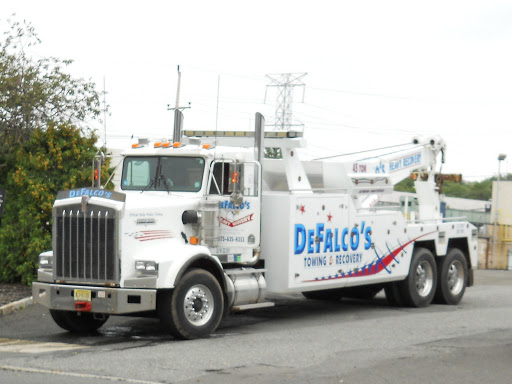 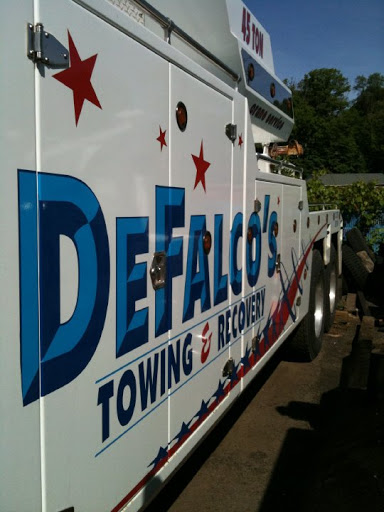 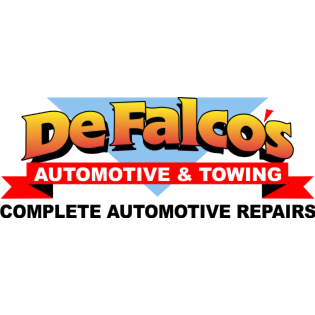