Horrible. Fraud ALERT! I have been an on/off member at various PSCs around Philadelphia for the past 10 years but never experienced the level of disrespect to both me, my wife and my children as I did at PSC RADNOR today. I cannot stress to you enough: do not join this gym. My wife has been going here for years with noticeable declining service, however, she is a regular daily user of the gym and has many friends who are members so she was willing to let the poor service slide. However, today was the last time. As my wife was picking up our children from the daycare she was informed rudely by the new manager, Sheila, that the minimum age for children to attend the daycare was 6 months old and that our baby daughter was not welcome back. The policy for the gym is actually 3 months old and that is even advertised on the gyms website. When my wife pointed this fact out to the manager the manager lied twice and insisted that the policy was 6 months old. My wife became very concerned and said to Sheila that she wasnt sure if she could maintain her membership because she relies on the daycare service. Sheila said, "well just let us know if you want to cancel your membership". Just like that, after 4 plus years of nearly daily membership she blew off my wife and our children. Sheila added that the policy is 6 months and just because the old management broke the rules she was not going to. I called and asked to Sheila and she repeated the same lie to me. I called back later and asked her to read her own website and thats when her story changed. She then told me that they were in the process of "reviewing the policy" with their Business Manager. Here is a link to the locations website where it clearly states on the first page that the minimum age for the child care is 3 months old: philadelphiasportsclubs.… I stopped in with my son and asked to speak with the General Manager, Sheilas boss. He came out from the back and told me (without saying hello or shaking my hand), out of nowhere, that he was going to call the police if I raised my voice, even though I had not raised my voice or even spoken a single word. Totally bizarre experience. I explained that I was not there to yell, but rather, just wanted to understand why Sheila lied to both my wife and I and that I wanted to figure out what was going on. In response the GM told me to leave because I was not currently a member and walked away without addressing Sheilas or his own gross negligence. Total fraud. He ran away and hid in his office. Its a real shame what was once a decent club has fallen so far off. These folks are simply not square dealing. Avoid this club at all costs. PS- We just turned around and signed up for a club thats more expensive but one that treats their members with respect. Some things are more important than money.

Read the fine print! Quit several months ago. Tried calling several times to cancel and couldnt get a manager to call me back. Finally went in person to do it. Was told itd be taken care of. Months later, Im still getting charged. I went back in after several failed attempts to get a hold of manager. Sheila, the customer service manager, informed me that bc I didnt have a copy of the cancellation notice that they email out (of course they had a wrong email on file), that she couldnt credit me back the past 2 months. She claimed that she trains all the staff to get her or another manager to process cancellations. I could tell by her tone and delivery that shes had this conversation a few times before. So it must be that I didnt really drive in months ago? Maybe change your policy PSC (Radnor location)? I told her that I was going to dispute the charges and she threatened that Ill be sent to collections and then automatically re-enrolled. The thought of being in perpetual gym membership hell makes me want to just bite the bullet here - especially when the most I stand to gain is $70. At a certain point, I guess you realize stuff like this just isnt worth getting worked up about. The shame of it is that generally speaking, I liked the gym, their equipment, and staff. All around pretty friendly. Id still suggest avoiding this place. Any business that youve been a customer of (on and off) for years, thats willing to treat you that way over $70, isnt a business worth going to.

Ive come not to expect too much from most gyms -- especially the chains (LA Fitness, PSC, etc.). PSC Radnor is no different. I entered into a contract a while back on an education discount. It was $0 down and $29.99 a month. Then the $19.99/month deal came. To switch to that, Id have to pay $200 upfront. I opted to pay $10 more each month as I dont feel I can rely on this location to remain open. Also, a weird thing happened. Apparently, with some clubs, but not this one, with that education discount, you are restricted from visiting during "peak hours" without a surcharge of $79. This wasnt in my contract, nor is it applicable to this club. Regardless, randomly, a few months in, charges began to appear when Id visit the gym during peak hours. The gyms management agreed they were incorrect charges but would not refund the money. I was eventually forced to call their corporate headquarters -- not even their main help line. They werent too helpful until I emailed all of their board members and cited PA case law in my favor. Then they made the refund (of what had accrued to over $150) super easy and promptly returned it. Really, standard gym sales stuff. Cant wait for The training Station (in Northern Liberties) to reopen so I can drop this place. I will miss their sauna, though.

Overpriced for the quality of gym - the only reason I decided to be a member was because my employer paid for half. Management and staff were very unhelpful when I needed their assistance. Also, overly crowded during peak times. RANT: My most memorable experience as being a gym member was when I cancelled by membership prior to the end of 2013. A week later I then get hit with a $30 "rate lock" charge which in essence keeps me locked into my existing rates so they can raise the price on me. I call to dispute the charge and they give me a phone # to call. I called 4 separate times and was on hold for over a half hour, never to get through to someone. I go back into the gym and the manager refuses to lift a finger for me. After having AmEx dispute the charge, they tell me that they need 30 days "written" notice prior to gym cancellation to have the rate lock charge not hit. Thanks PSC - bunch of stand up individuals you are!

My husband and I are members of this gym, and while the location is very convenient, they are unethical. We are not informed of rates going up, you just see the hike on your credit card. I paid an upfront amount, and was told my dues would never go up. But it did. And I was not informed of it. They go through managers quickly, probably because of all the disgruntled members.Head office never returns calls and the staffs excuse for all problems is that corporate office said so! They abuse your credit card, and it is so difficult to get it rectified. The equipment and the facilities are not clean. Their best trainers have left. Good Luck to anyone thinking of joining. If you are lured in because of the low prices think again! 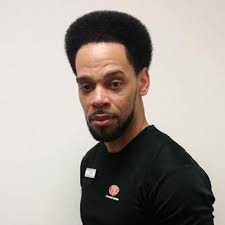 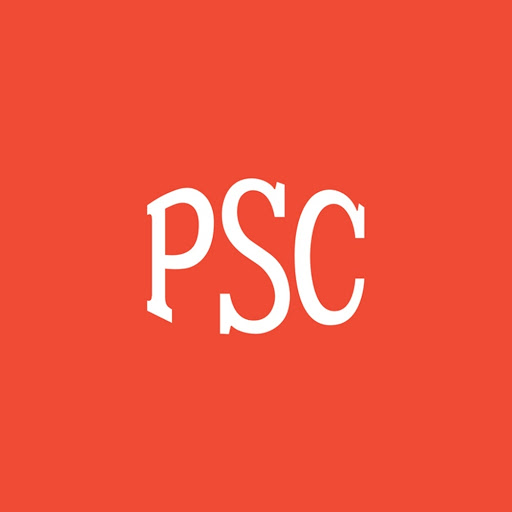