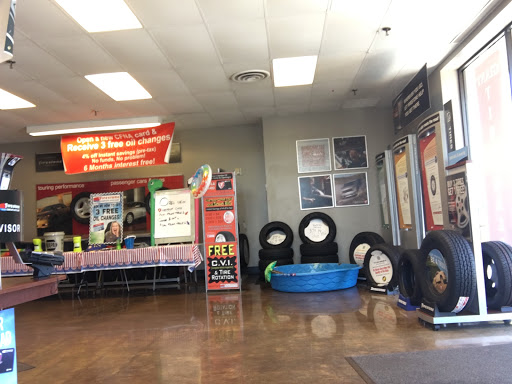 I recently moved from Jersey City to Middlesex County and have a lifetime alignment for my vehicle purchased through the Jersey City location. I read online reviews about the East Brunswick location however I decided to take my chances. I called Sat. to see what the earliest time slot was for an alignment, I was told 11am and I asked for that time slot, I also mentioned that the car was lowered. I showed up at 10:30am and waited about 20 minutes in line due to Maira working her tail off while the other two gentleman were on their cell phones rather than lending a helping hand to a team member who was obviously overwhelmed. It is beyond frustrating standing in line for 20 minutes while there are other employees in plain view doing absolutely nothing. Once I finally reached the desk I was told that they are a bit behind schedule and that it may take 1.5 - 2 hours before my car goes it. I told them that its fine and I just need it done, I reminded them that the car was lowered and offered to show them exactly what was done so that we dont run into any issues later. Luckily there is a mall adjacent to the shop so I went in for some retail therapy. I left at 11am to the mall and came back at 1:30pm... the car was in the same exact location that it was. This was 2.5 hours later after they said it would be 1.5 - 2 hours... after I had an appointment at 11am. I decide to walk around the shop and I see that the two alignment racks are completely empty. I started to drink my coffee and watched those bays be completely empty for 40+ minutes... after the 40+ minutes a car that came after me went on the rack. My car finally made it on the alignment rack at 3:30pm... 4.5 hours after my appointment. At 4:15pm the tech comes out and says that there is no way that they can do my alignment as the car is too low... it clearly made it on the rack without issue. The tech tries to explain to me that the tie rods are not visible and that it would be impossible to align this car... mind you Jersey City aligned it 3 times already. I told him that I can show him where the tie rods are if he doesnt know what a tie rod is. He told me that he has been a tech for X amount of years and that I dont know what Im talking about. I told him that hes a joke of a mechanic who is too lazy to perform the job. I also made it very clear that I did not appreciate wasting 4.5 hours of my Sunday for absolutely nothing. They told me that I should take my car back to Jersey City as they have "no clue" how to align the car. I think its a joke that I waited 4.5 hours to be told that they cannot perform the job. 4.5 hours after being given an 11am appointment. I wont even mention all the nonsense I heard them telling customers who were not knowledgeable as far as car repairs go. Absolute joke of a business.

I went to Firestone on Tuesday the 17th to buy a tire (I got a flat tire the day before). They said no problem, told me about the firestone card....and I signed up for it. They told me it would take about an hour and a half. An hour later, I talk to the person at the front desk and shes telling me about all this maintence that needed to be done on my car.. She said that I need an oil change, and that I need a new battery for the car. I only had time to do one because I had an appointment in 1 hour, it would take 30 mins to get there. I had them replace the battery. The front desk rep told me that I should get the oil change done asap because the oil was running low in my car....she warned me that I might need a new engine should I wait too long. Made an appointment for the following day at 1pm. I arrive at 1:05 pm, there was a line almost out the door. I had to wait in line for about 20 mins. I finally get to the front desk, and the attendant says,"McCormick? Youre late." I politely explained to her that I was waiting in the freaking line for 20 mins. She takes my keys, and asks me if I have time to wait....I look at her and say yes, I have time to wait...she informs me that a few of her techs called out sick...what do you MEAN a few? I had a few things to do in the mall so I left while I waited for my car to be serviced. I come back in 2 hours and 15 mins later, my car was in the exact same spot that I left it. I walk up the attendant and say,"my car hasnt gotten its scheduled oil change yet has it?" The attendant asked around, eventually comes back to me and tells me it hasnt been done yet. I had to go, I had somewhere to be in 30 mins, and I was about to be late. You had 2 hours and 15 mins to do an oil change that should take not even 30 mins, but it couldnt get done. I made an appointment in advance, they could have called and cancelled the appointment. I signed up for a card the day before. Before I went to where I needed to be I had to buy oil for my car, which made me late. If Im going to be getting this kind of service, Im going to cancel my card...but seriously, what do you mean," A few of your techs called out"?

I had a blow out on the turnpike, arrived there with a donut on. They told me it would be about an hour. Three hours later I get my van back and the tire pressure light was flashing. The mechanic comes out and tells me that i have to drive the van for 20 minutes in order for the light to go out. After I tell him that my van does not work like that he says oh they forgot to put the sensor in. They forgot to put the sensor that i paid $85.99 for in the tire. I hand him the keys and told him to fix it. I had to wait another 30 minutes. After making a complaint, the gentleman told me he would see what he can do. They did refund me the $85.99 that I paid for the part and yet still installed it and they were very apologetic. The gentleman in the front tried to make things right. But i didnt like the mechanic. Because of the way the mechanic reacted when I called him out on the drive it for 20 minutes reply, I honestly feel that he tried to take advantage just because Im a woman. But just because Im a woman doesnt mean I dont know my vehicle.

Ive been going to this place for oil changes for about a year. Actually taking all of my family cars there. Noone but them (and myself) touched the car. I do not have air tools and always hand-tighten my lug nuts carefully. Yesterday I bought a new set of wheels and I wanted to test fit them, and I found that my front wheels were extremely overtightened, obviously with an air tool, as it was hard to undo them even with the breaker bar. As the result, one of the wheel studs broke when un-doing the nut on it. When I called them, the management didnt even want to listen to this, and their response was that they just did oil changes for me and would not take my wheels off, that I must have taken my car elsewhere, anything but them doing this, which I 100% know they did. Thats not the level of responsibility I expect from people working on my car, I am taking my business elsewhere now. And recommend you do not deal with them. People say they are okay for straightforward things like oil changes, apparently they are not. 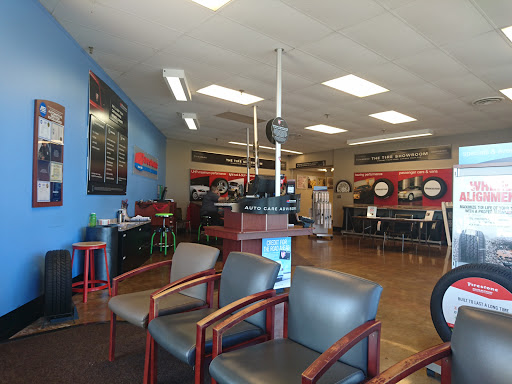 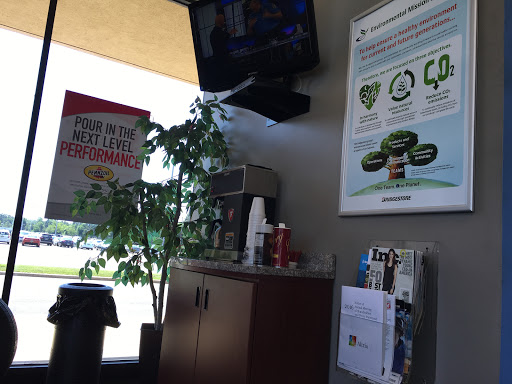 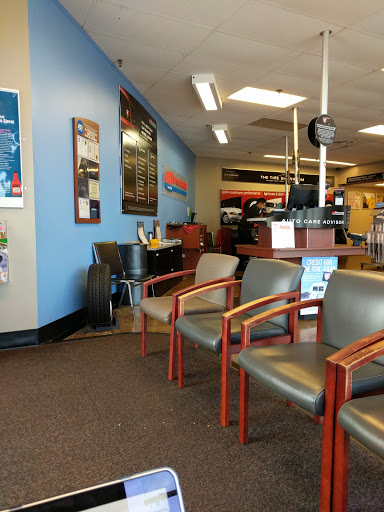 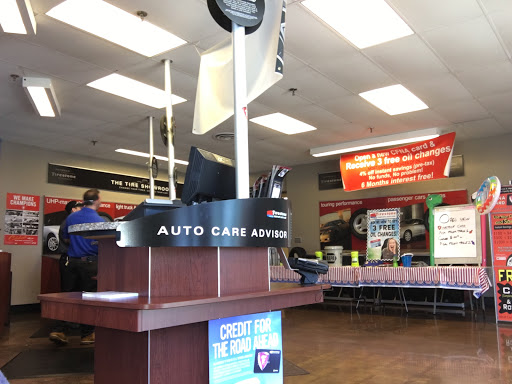 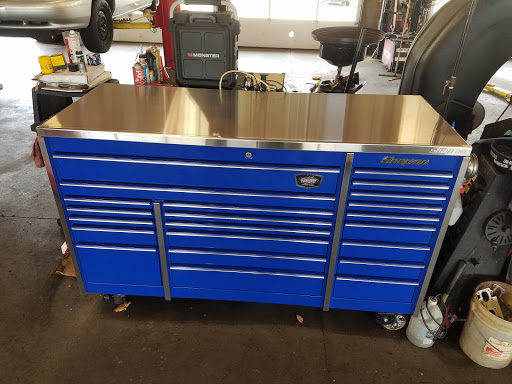 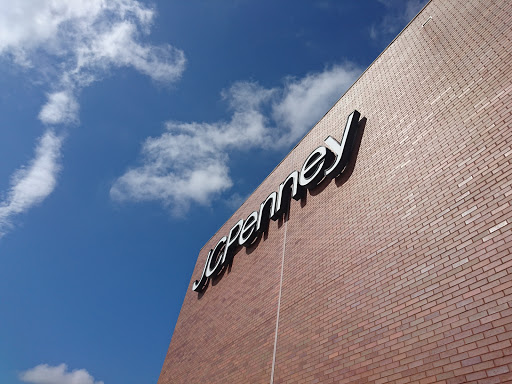