This was the second time that we used Gentle Giant to move our office space. We were pleased once again for the experience that we received. Both times they moved us in less time that was quoted and saved us money both times. Their staff is very friendly and truly care about the service they are giving you. They make sure your items are protected during the move and make every effort to place your items exactly where you want them. They even do a walk through at the end to make sure you are happy with everything is and to make sure they have moved everything that has been requested. During this move we had Jeffrey Eiland, Casey Dolan and Cory Ruzzo. They were very professional and truly worked their hardest to get everything moved in a timely manner.We were supposed to have 4 men but they finished up a job before us early so they were able to come to use site early. Despite being short one guy they finished the job early and saved the company money. I would recommend Gentle Giant to anyone and would definitely use them again in the future.

We recently used Gentle Giant for a move from Rhode Island to Massachusetts. This is our fourth move with Gentle Giant and once again they did a totally professional job. Frantz came and did the estimate and was able to project within 5 boxes how many we would need to pack our home. The support team kept us apprised of how everything would work and arrival was exactly as we were told. The "Giants" were friendly as always. They work pretty much non stop and keep their sense of humor through it all, in short , just a great bunch of guys. Everything was protected perfectly , arrived without a scratch and careful attention was given to be sure that everything was placed exactly how we wanted it. We highly recommend Gentle Giant! Sincerely, Anne and Brian D.

I cannot say how pleased I am with these movers. Prior to the move after speaking to other companies, I was about to get some friends together for my 90 yr old grandmothers move. The salesman Peter was a breathe of fresh air and answered all my questions and made me feel at ease hiring his company. He sent me everything in writing, and confirmed the professionalism I received on the phone. On the day of Chris arrived with Mike and Eric and got to work. The guys were in matching uniforms, respectful, friendly, and worked fast, but carefully, wrapping and protecting everything skillfully. There were no damages, and a happy Grandma who hadnt moved in 40 years. They will not be the cheapest, but you get what you pay for, and they are worth every penny.

My fiancé and I used GG for an in-house move a few hours ago. Id been apprehensive about the price because they charge by the hour, but the crew was remarkably fast and efficient. They moved a couch and our entire bedroom (Queen bed+mattresses, dresser w/mirror, nightstand) up a winding staircase to our second floor in under a half hour. My fiancé and I were extremely impressed with how professional and knowledgeable they were. Weve had a lot of people in and our of our house in the past week (Cox setup, Jordans deliveries, Raymour&Flannigans deliveries, Merry Maids cleaners, et cetera) and these guys were by far the nicest and most proficient service weve had yet. Well definitely be working with GG if we ever need moving services again.

My wife and I have moved three times within the past five years. For each of these moves, we contracted with Gentle Giant. We have had outstanding experience with them for every one of our moves. Theyre super professional, friendly and most of all take excellent care of your property. Not once have we had any damage of our furniture or homes. Gentle Giant is worth every penny. If you care about keeping your property safe and in one piece, spend the money contracting with Gentle Giant! A big shout out to Whitney Miller, our GG Move Coordinator and the men who were flawless, Jeffrey Eiland, Philip Tessier, Tyler Dunn and Billy Costello! Thank you all for your hard work. Very Satisfied Customer, Ken

What can I add to all the positive reviews Gentle Giant has received, except to say that they are all true. The booking process with their Moving Consultants could not have been easier, nor could they have been any more accommodating. I had an early morning closing on my house and Carmen was able to get me on the schedule for that afternoon. The movers were of course right on time, and when there was an issue with the 3rd member of the crew, GG arranged for another 2-man crew to join in the move and I was moved in and ready to sleep in my new home in no time at all. So go ahead, take a look at the other moving services out there, but if you want a hassle free, smooth move... look no further.

The worst moving company in Rhode Island. Sure, they are fast but they are too fast and they broke a number of things and they put things back together incorrectly. Then they have the audacity to state that its my problem and I should deal with it. I did and I got myself a lawyer. They refunded me the amount I paid and compensated me for some of the items damaged. It took months but it was worth the wait. I am now "blacklisted" with them. Avoid at all costs. They hire ex-cons and people who look "threatening".

We had hired Gentle Giant for a second time this week in order to facilitate a family members move. Our first experience was excellent to say the least, and this move was no different. The lead-up to the move as to clarity, preparation and professionalism was first class. This company executes on its promises. The movers were terrific: courteous, careful and efficient--simply really good people. We would recommend Gentle Giant to anyone! Ron Mondillo

Excellent moving company! They were on time, pleasant and treated our furniture like it was their own. Everything was explained as they went along and the final bill was concise and easy to understand. We had a wonderful experience, so we wanted to share the happiness with others. Just hopefully the next time we need them, we can get a booking. ☺ Great job!!!

I needed help unloading a UPack storage unit into a rental truck. Green Giant was very helpful on the phone, and accomodating on schedule. The team they assigned got delayed at the previous job, but a second team was assigned and arrived in the middle of the window time. Great guys, quick and efficient.

My husband and I have moved a bunch in the past 5 years, and this is the best moving company that you could possibly want to use. They are efficient, careful, and attentive to everything that you may need. We have moved into historic homes, and they couldnt be more thoughtful with your belongings.

Jeff and Mike were very professional, courteous, and worked very well together as a team. I was amazed at how quickly the job was done! I would recommend your company, and this moving team, to everybody!

The movers showed up on time, moved my items quickly and were very courteous and professional the entire time. This was my second move with Gentle Giant and I would use them again.

The first time I used them, they were super helpful and really nice. Im using them again and they are always very accommodating and understanding. I recommend them for anyone! 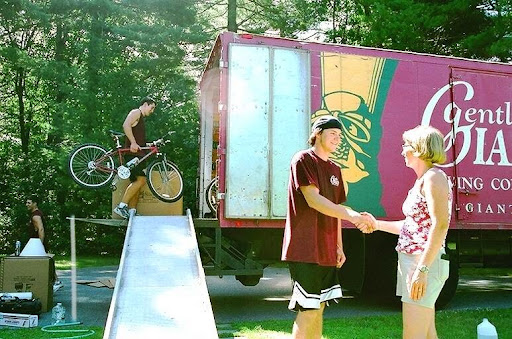 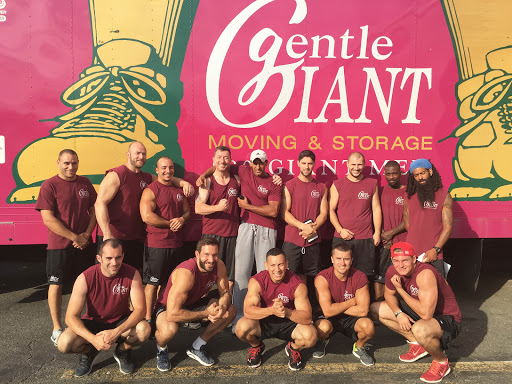 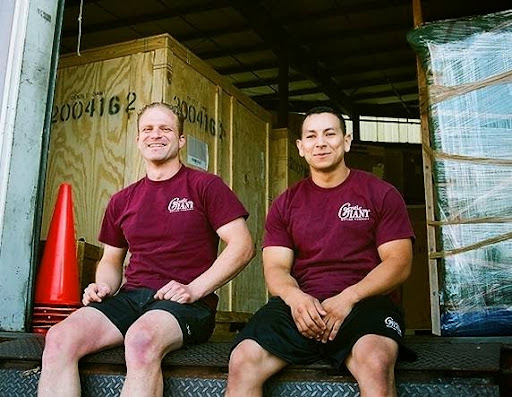 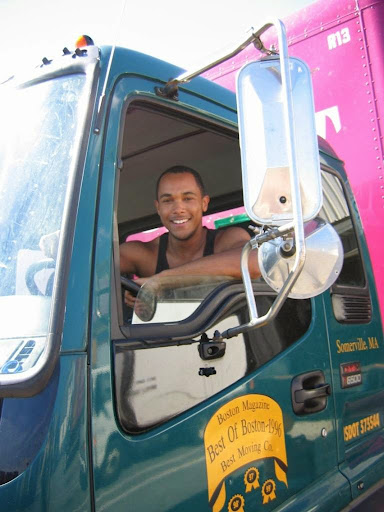