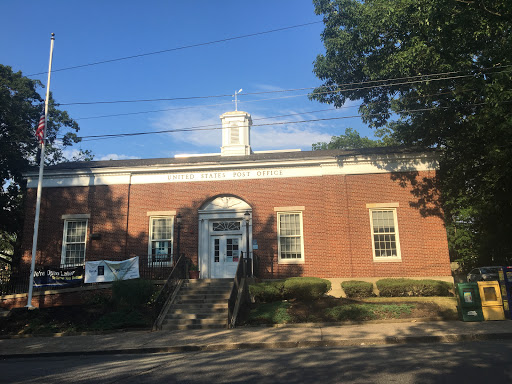 Slow Employees, Several with Bad Attitudes especially the female manager at the front. I voted to keep this place open and Im in there ALOT, but I really wish there was another PO as close with the same hours. One of the employees "Gigi" is nice, Ive seen her help older customers several times (when alot of counter women would not) instead they laugh, make jokes amongst themselves or even with other customers. Overall most of the workers herev are very rude, especially if you ask for their help. An older gentleman WWII age sealed his ENVELOPE alittle askew and waited patiently in a LONG line, got up to the front to pay and asked if the worker would put a piece of tape on the envelope since it was alittle off, SHE REFUSED SEVERAL TIMES just kept repeating we are NOT ALLOWED to give out tape. Seriously he wasnt taping a box, just 1 piece would have sealed the envelope and made him happy (a man that possibly/probably was in WWII and risked his life for this country) but a worker who had a VERY HEAVY asian accent wouldnt give him tape but laughed about it when the man in line behind me said "I got your back" to her (REALLY) against a 90 man who asked for tape? .. WHAT A GUY! Thank goodness 1 of the kinder employees finally gave it to him after he waited in line AGAIN. Usually this place only has 1 window open, even at the busiest times (lunch, dinner, rush hour, before holidays) doesnt matter, very rarely "once in a blue moon" they will open a second window. Ontop of everything else if you send prepaid packages for business, etc, they do not have a place and do not allow drop offs. In my experience most POs have an area to drop off prepaid packages, this place will not allow you to leave them, you MUST wait in line.

The older employees are pretty polite and helpful, but the black young lady working at the front window is as rude as they come. I usually send sensitive mail by letters, which I pay extra to send as non-machinable, so as not to have it go through the machines that process the regular mail letters. After not understand what I wanted, I handed her the letter, which usually the clerks just put the stamp on and put in a seperate bin, so as not to mix it with the regular letters. Well, this young lady throws the letter and the stamp back to me and proceeds to tell me I should just put the letter in the regular mail slot. I again told her that the letter is to be seperated, and that she is very rude. She responded by saying, " yeah whatever". She was rude, childish, arrogant, and poorly trained in PO matters and customer service. Its a shame that this young lady gets to have a job which so many would kill for, and takes it for granted. I read another review regarding how the congress needs to allocate more money for the PO. Obviously a misinformed person because the government has thrown hundreds of millions of dollars to bail out this losing government endevour...The price of stamps constantly goes up because the PO is a money loser and now it seems that they are failing to screen employees, or maybe they just dont care.. BTW, I now go to the other PO in Metuchen. I dont feel safe in handing my mail over to that young rude lady..I spoke to the other workers at the Central Ave PO, and they knew exactly who I was talking about. She had worked with them and they were all glad that they transfered her to the other branch....I had a run in with the PO clerk from hell and survived!!!)))))

I have lived in Metuchen for many years, and I use this post office regularly. Yes, they are understaffed; yes, there are long lines; but this is the fault of the U.S. Congress, which refuses to allocate sufficient funds to the USPS. If you want better service, complain to your federal representatives. I find that the people who work here are friendly and helpful, even on the phone. I am grateful for the fact that there is no muzak and no tv. The old building is one of Metuchens (woefully few) historic sites. Look around and appreciate it the next time you stop in.

I used this post office for the first time on Friday. I asked Holly for help because I was not sure which forms and envelopes to use for the service I requested. I was polite and she could not have been more reluctant to assist. I have never been treated in such a rude and condescending manner. I would absolutely NOT go to this post office again for service as long as she works there. In fact, after my interaction with her I chose to drive across town to the other post office to send my mail because I did not feel comfortable leaving it with her to handle.

I picked this post office because I liked that I could access my PO Box as early as 5am. About 30% of the time I try to go between 5am and 5:30am they are not open, all though it is supposed to be. Thats a huge waste of a persons time.

This place is the worst place ever, especially the lady with the green hair, she is very rude. I been using usps for long time, and I had a very bad experience in this place.

She is as rude and condescending as it gets. When so many are out of work, why in the world do they have her working there?

Had a decent experience but they could do with more staffs

That would be the last post office I would ever go, period!

Very understaffed. You may be there a while

Staff is friendly and helpfull. 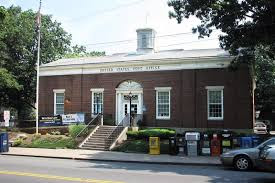