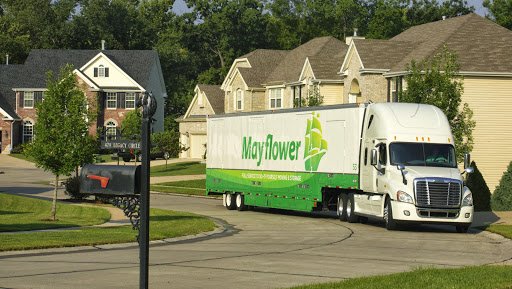 I wish I could rate them with negative stars. This company is, by far, the worst we have ever used. We are a military family and have experience in this department, trust me, DO NOT USE THEM!!! Here is a rundown of my experience: 1. They came on a Friday and did some packing. (We have a 5 bedroom, 2500 square foot home.) 2.They came back on Monday did a bit more, but ran out of boxes! Yes, a moving company ran out of boxes. We bought boxes and they used what we had. So, after using all of their boxes and ours, they told us they were coming back on Tuesday to finish packing. However, they never showed up or called, for that matter. 3. Wednesday, when the crew came to move all of the stuff, they were shocked to find out the packing was not completed. They "finished" the packing, but ran out of the numbered stickers. My husband had to go out and buy green stickers to mark which ones were coming to the house and which were going to storage. Unbelievable, right?! 4. Just when we thought it was over and we could just move on, it is time for our belongings to arrive. They call us at the gate and tell us that they only have 2 movers as the third had a criminal record or warrant, something criminal that prevented him from even TRYING to get on the base. Im not making this stuff up!!! 5. So, my husband is helping a bit and they even requested my children help them. They ONLY put together one bunkbed and two twin beds. 6. They left EVERY SINGLE BOX in the downstairs dining area for us to move. They did not put together the bed in the master bedroom because somewhere in the process they lost one of the legs. 7. I look at all of our belongings and I was like, "Where is the rest of it?" We had not one single dresser here, no dishes or utensils, some clothes made it, and one kid had no clothes make it. 8. When asked about it, they said that everything else was "Vaulted" in storage and if I was lucky, I could call Monday morning to try to get some of our things before they "lock it up." (At our own expense and effort, BTW!!!) Due to this aweful experience, we now have spent quite a bit of money just to be able to run our house at a minimum, because the rest is locked up in storage for 90 days. Now, Im worried that all of my belongings didnt even make it to storage. Ill give the one star, because I am forced to, to Tommy who recognized what a horrible job they did, but was quite a pleasant man. BOOOO Debo moving!!!

STAY AWAY: The move was okay. They were punctual. Movers were friendly and moved quickly. They were not the cheapest quote I received but I had used them many times before so I was comfortable using them. Team leaders were very thorough and generally were quick moving. The guys were so nice, in fact, that I let them take several items for doing such a great job. The one needed a crib mattress and the other needed a stand up bar and stools. I even gave one of them a TV. They really were that helpful and I honestly didnt need the items and I asked them if any of them could use the items and they took me up on it. I did notice after a few weeks that some of my things were damaged. I had a platform bed that was destroyed, a chest of drawers that was damaged beyond repair, several boxes had broken items that leaked onto other items and I had to throw them out. I had a shelf that is missing pins for the shelves themselves, so its ruined. My riding mower needed work to get it working and it was in perfect working order when they packed it up. Not a big deal. There were several dings on the wall and the carpet on the steps was stained and needed steam cleaned from one of the movers boots but Im fairly easy going. I was just glad to get the stuff back. I paid this company over $4000 for moving and storage and I paid them at the close of moving me in in accordance to my bill. I received a phone call from the company months later stating I owed them another $500. It was allegedly a company error with their billing department. When I returned the phone call to discuss this, I have never experienced a costumer service person/owner as rude as Claudette in my entire life with such contempt for the customer. I have used Debo many times before. My business has used Debo and its staff to move new furniture into my building (nursing home) several times. I will NEVER use DEBO Moving and Storage again knowing the kind of people that own and operate it. I am not an unreasonable person as I think most of the DEBO staff who have come into contact with me have found out. However, the experience I had with the owner of the company I will never forget. If the owner has that kind of contempt for the customer, I feel sorry for those that work there.

We used Debo Moving and storage to do a local move in Pittsburgh (about 15 miles) and overall we were very pleased with their service. They brought a 3 person team and quoted us for 6.5 hours to move everything. They actually only took a little over 3 hours to complete it and nothing was broken, scratched, or damaged. They never even bumped a wall in either place and we would use them again in a second. The only reason that they are not a 5 star rating is we had a treadmill that we wanted to have moved along with everything else that we were told wouldnt be a problem. When the movers showed up they didnt want to risk taking it apart because they didnt have the expertise and we would have to sign a waiver in case of damage. Since our treadmill is new and rather expensive we really didnt want to risk that and figured we would just call Dicks Sports to move it since they installed it. Well after the move was completed we received a call from the person who gave us the initial quote and he said that they have a third party business for moving treadmills that would be about $250 to move the treadmill alone and he wasnt sure if the movers that came out would be able to disassemble/move it or not. So needless to say that was a more than a little frustrating that they would want that much to move an item that we were assuming would be moved with the rest of our stuff. Other than the treadmill issue they are highly recommended. Their moving team was a bunch of young guys that worked as hard/fast/efficient as you could ever ask for and were polite, courteous, and very careful with our stuff.

RUN FAR AWAY FROM DEBO !!!!! I had THE MOST UNPROFESSIONAL AWFUL local move !!!!! This is day 12 since one of the movers did not ask to use a non functioning "Pittsburgh Potty" in my basement. He grabbed THE LAST REMAINING ROLL OF TP FROM THE MAIN BATHROOM. I had to use the bathroom at the GAS STATION DOWN THE ROAD, WHEN I FOUND POOOOO FLOATING IN MY BASEMENT !!!!!! They punctured a whole in my AeroBed that I needed to sleep on & took off with the ONLY REMOTE CONTROL I HAD FOR MY TV. SOOOOOOO THIS IS DAY 12 ........ NO BED - NO REMOTE (IM ONLY 5 MINUTES FROM THEIR OFFICE - TOO MUCH EFFORT TO DROP IT OFF ???????) NO TV - NO CLAIM FORM AS PROMISED . WAITING FOR RESPONSE FROM CLAUDETTE DEBO !!!!!!!!!!!!!!! Call me please 3rd request - thank you.