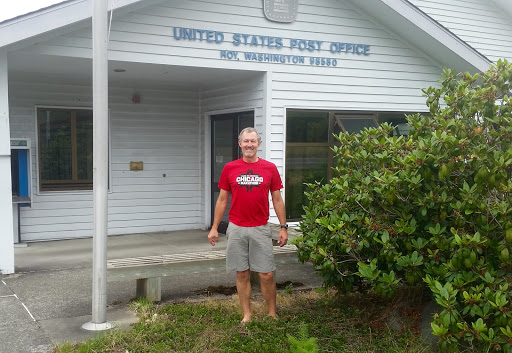 I ordered several items that were supposed to be delivered on Monday - two heavy boxes, and a small lightweight box. I received an email from the tracking through Amazon saying that they were unable to leave my packages because there was "no secure location", even though they had no problems leaving a box on my front porch the week before. My mail carrier then flagged all of my boxes as "signature required" but wrote on my pickup slip "big and heavy". Since the tracking status NEVER showed "out for delivery" and the mail carrier marked the attempted delivery at 8:30am when they dont get to my house until well after noon, I take this to mean that the mail carrier couldnt even be bothered to load them in the mail truck. If USPS has employees that are unable/unwilling to lift 20-40 pounds, they need to reevaluate their staff. No wonder USPS always seems to be struggling. A few weeks ago they marked a package as "undeliverable, incorrect address" on the date it was supposed to be delivered. When I called the post office to find out what was wrong with the address, they told me my package had simply arrived at the office too late to go out with that days deliveries. That would be understandable if they had not lied about the reason it wasnt delivered on the scheduled delivery day.

They repeatedly do NOT attempt to deliver packages. They mark it undeliverable at 8:30 am when the earliest they get to my neighborhood is 11! Then they try to say no one was home. Just today, we have a package that was handed off to them from FedEx, with the FedEx update saying its out for delivery. I am outside in my front yard and see the carrier drive up my culdesac to deliver to a neighbor. I wait figuring Im next. She blows past my house, turns the corner (which Im on) and totally ignores me trying to wave her down and yelling to her at her open window) and flies past the mailboxes not stopping to put the "sorry we missed you" ticket in the box. I went right out to the box and there the ticket is. So I call and got the "Postmaster". Weve had multiple conversations regarding this exact issue. All he says is, "Ill try to contact the carrier". I told him I expect it to be brought back since I was here and she obviously made no attempt. Still no package over an hour later. Time to file a complaint starting from the top down! Its obvious the "Postmaster" doesnt care or this would not continue to happen! Plus they drive across my yard claiming they cant back up, even though they back up regularly from all of my neighbors driveways and at the boxes!!!

People need to understand that in the country, if you live .5 miles away from your box, youre gonna have to pick it up from the post office. And another thing, there is nothing lazy about this office or any other rural USPS. First thing in the morning theyre on their feet 2-5 hrs, depending on volume of the mail received, sorting mail and packages for, I dont know... up to a thousand addresses? If anything, those who assume the worst about this office, has no clue on what goes on behind that wall that greets you. So, before you spout off about how unprofessional this office is, think about your business. All the effort you put into your work to satisfy a client or whatever, just to have that client come charging back saying you didnt do it right, and you forgot this. Basically in your face, for work you believe you tried your hardest to prefect. Hm, yeah. Well take that and times it by 50. Oh and yeah, theyre not allowed the time to deliver to your door, and hundred others. They want to get home on a timely matter as well. Be considerate, and treat others as you would want to be treated. Seriously PS - if they dont answer the phone, call back in a few minutes or when theyre OPEN

This post office is the epitome of government incompetence. In the last week alone, we have had packages that they were "unable to deliver" to our home, despite the fact that the address was good and we were home all day. Today, they were unable to deliver to our business because of some address problem. We buy alot of stuff on Amazon. Our home and business addresses are stored in our profile, so they are the same every time we order. UPS and FedEx have no trouble finding our business, or our home yet for some reason our local mail carrier has problems. We have had regular and on-going problems with this post office and our mail carrier for years. There is no mechanism for reporting complaints with a local post office except to talk to that Postmaster. Ive done that in the past with no improvement. After I get this recent package thing worked out, I will avoid this post office like the plague. I recommend you do the same. Its no wonder USPS is loosing money.

Mail carriers are lazy and wont bother to bring items to the house if they wont fit in the mailbox....Amazon sends me an instant notification that USPS is unable to deliver my items because I was not home....When I AM AT HOME...so I then open my front door looking for the slip showing that they attempted delivery, but it is not there....It is in my mailbox!! This proves they did not even try to deliver it to my house which is less that 100 yards from the mailbox station for our housing development. This has happened AT LEAST a dozen times in the 18 months we have lived in our new house in Roy,WA. I have called the postmaster a few times about this issue, yet it keeps happening!! I would be willing to pay extra for shipping if the merchant would allow me to choose ANY carrier other than USPS.......

If it were possible to give negative stars...I would. We have been battling the Roy Post Office for years and years. Their service is appalling. They are legally bound to deliver packages to our door that do not fit in the mail box and yet they leave pick up slips in the box. They force packages in the box to the point that they have to be cut apart to remove them from the box. They leave mail (that they dropped and were too lazy to pick up) on the ground in front of the bank of mailboxes. (watched them do it) I could go on and on and on. If you file a complaint on line it gets sent to the Post Master...IN ROY! He is most of the problem. If he can not control his employees then he shouldnt be in the position.

My postal carrier is fantastic. However, anytime I have to visit the actual post office for service the people who work there are gruff. I once asked for contact information for the person in charge of the post office and was denied. I recently put my mail on forward and instead of it being forwarded. Part of it was forwarded and other parts where returned with very weird reasons such as no mailbox and so on. I had multiple business partners and people whom I had done business with calling me with serious concerns. Made me appear unprofessional, when I made all of the arrangements before I went anywhere.