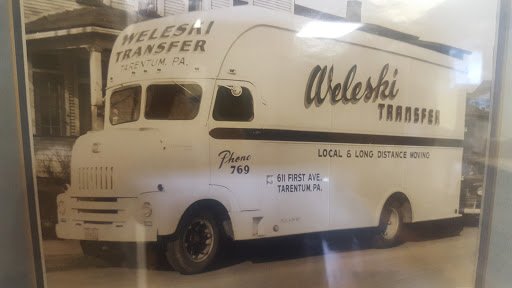 My family has done multiple corporate moves all over the country. Weleski did our smallest move from Pittsburgh to Columbus with the shortest time in storage. Many items were broken and packing was inconsistent at best. Some valuable items were shoved in boxes with no protection and insignificant items were packed with extreme care. We filled out the paperwork for damaged items improperly because one set of directions said to fill out a physical form, but another set of directions (we didnt see until after we followed the first set) required information to be entered online which left us out of luck for numerous damaged items that did not get transferred from the physical form to the online (mainly because we had multiple pages and the back of each page got missed since one partner filled out the physical form and one entered the information online since I wasnt doing the job twice for those @$$#*!&$. The company took many of our items apart to save money on trucks because apparently they pay a penalty to Atlas for using multiple trucks. This would have been fine, but they lost a majority of the parts. The delivery drivers complained all day because teams are supposed to use either a parts box or connect parts to individual items directly in a bag. The packers did both and since it is impossible to tell if it was a missing a box or individual bags of parts they sent a third party, so they could blame someone else as the situation worsened rather than take full responsibility for the issues. The third party came a few weeks after the initial delivery, spent hours documenting everything that was missing and said they would come back after the parts arrived. A few days after their arrival we spoke to the movers and was told parts were ordered and we would be called once they were ready to finish assembling everything. After another month passed, we called to be told they forgot about us. Some of the parts were not made anymore and they would offer us a fraction of the cost for our sons bed. (Luckily I was able to research and find parts that I modified to allow us to assemble our childs bed!) Months without your belongings is a serious pain and they wear you down to just accept anything just to be able to move forward. In the end, we still had to assemble furniture, dispose of furniture that could not be assembled because of missing parts, dispose of the broken items and spend a significant amount of time doing THEIR job! I am happy to have finished with them, but without a doubt I would have been better hiring people off of craiglist, getting a uhaul truck and doing it myself [I have done this in the past]. I feel bad because I am sure the company shelled out serious cash trying to make this easier for us to move our family, but I could have done it for a fraction of the cost and done a significantly better job! If you are doing a corporate relocation or covering the cost yourself, save yourself serious aggravation and do it yourself! Ask the company for a lump sum instead of them hiring someone. If you cant tell I am still fuming and we moved in June and it is September. Some items cant be replaced and they dont care if you do the job they were paid to do.

My name is Michael Chick. I am a Vice President at Weleski Relocation Group which includes Weleski Transfer. Weleski Transfer is the household goods relocation segment of our transportation group, and has been in the business of moving families for over 60 years. We have received 2 negative comments on this site and I feel incumbent to reply and explain. Firstly, I want to apologize for any service failure, regardless of nature, that resulted in this company not meeting our customers expectations. This is a complicated industry and often times the company that you initially buy services from, i.e. Weleski Transfer (Booker) is not the actual provider of the actual moving services. This is rare with our company as our business model is one that we want our driver starting your job (packing) and ending the job (delivering). This is called a “Pack and Haul” model. However, in one of these negative comments we actually did not provide any of the services for which there were complaints. This was a very small shipment that was called into us in July, which is the busiest moth for movers, with VERY short notice. We knew we could not get one of our dedicated crews to perform due to timing so we asked an Atlas affiliate to handle this for us. Due to the fact there was NO truck capacity available this shipment was packed and placed into moving “crates” for delivery. (This is a very typical practice during the summer months) This is neither our service model, nor our preferred mode of transportation but due to timing and capacity we had no options. We were just trying to accommodate this customer to the best of our abilities. Our local Agents did well, but the “hired” transportation company did not perform to our expectations. This is not an excuse, this was our customer and this shipment was entrusted to us to get from point A to Point B. This is an explanation. Regarding the other comment, there is never an excuse for our driver to not cover furniture, or to pack in the manner mentioned—it is 100% unacceptable and we always assume responsibility for our service failures. However, relative to the issues at delivery, again Weleski did not deliver this shipment. Due to the fact this shipment went into storage, it is the obligation of the local storage agent to make delivery. My company performs about 4000 relocations per year. Our goal is 100% customer satisfaction. However there are always going to be some logistical issues that make this goal difficult, and probably impossible. If and when we fail, it is up to us to act and react in a proactive, expedient, and proficient manner to mitigate any problematic situations. I can promise you that we will never equivocate from that responsibility. We have been relocating families since 1952, and have been in the transportation business since 1909—every single associate of this company knows and understands the only way to continue this presence is to exceed our customer’s expectations. And I do promise we will always put forth the effort in an attempt accomplish this goal. No excuses, No exceptions

Pick up: They came on time, actually 4 days early, but unlike Steven they did not cover anything. And they didnt update their delivery date. Load up: Lots of using wardrobes and tossing stuff in the bottom, filling it up and then putting the metal bar across. So that metal bar is there so things can hang naturally, which, of course is impossible when the garments are stuffed into the already half full wardrobe box. The final thing they move is my kitchen table. They found it awkward to move through the door assembled. So, like any good movers would, they tried a little muscle. Eventually getting it through the door while chipping a lot of paint and drywall. The kitchen was packed up pretty decently. Terrible accountability by them, which is partially my fault. They escaped with at least three items unaccounted for; which I did not notice until delivery. I had assumed many of the items were also jammed into a wardrobe. Delivery (supposed Delivery actually): Weleski gave me 2 days notice, not enough time for a parking pass in Washington DC to be approved. Upon arrival, the driver refused to make the delivery citing: too great a distance to move, no parking pass etc. So the delivery goes into storage. Since Im in the Army, any shipment going to storage must go for at least two weeks (a contracting thing Im sure), so instead of delivery I have to wait two more weeks. The majority of my furniture (as a matter of fact everything of high value) that was in this delivery never made it out of his truck into the storage facility. I have been sitting on a beach chair and sleeping on a camping sleeping pad for 5 weeks now. The two guys who eventually delivered what they had were phenomenal. They were friendly and efficient and they did cover my floors. Oddly enough he parked in the exact location that was available to the first truck three weeks before. 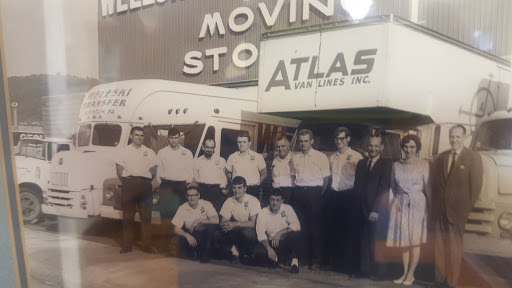 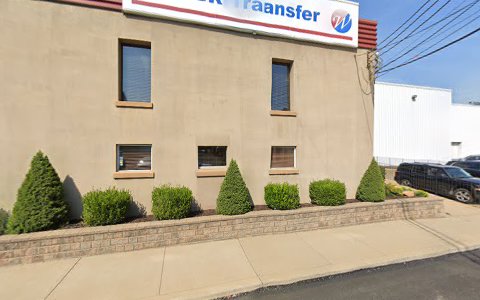