**GO DOWN TO SUMMARY IF YOU DONT WANT TO READ THE WHOLE STORY** I wasnt going to write a review because i didnt want to waste my time, but we just got an e-mail saying we still owe them $410.00 and thought "well, now they deserve it, and i hope no one else has to deal with this" . So to start, i had just bought and installed a brand new aftermarket sports bumper for my BMW, unfortunately i got into an accident and the new bumper was destroyed along with other parts. So i called my insurance and was given an option for in-network body shops. I chose caliber and immediately found out that they dont deal with aftermarket parts, they wont order them from outside vendors but will install and paint it if i brought it in myself, so i was stuck. i called my insurance and was told that i could get a physical check from them (Allstate) and with that check i could buy the aftermarket bumper. The bumper cost, yup you guessed it.. $410.00. I received my new bumper and gave it to them. They had told me that it would be ready in 8 days (Allstate even said it shouldnt take longer than this), well 8 days passed and i was told it would be ready Monday next week. Monday passed and i was told Wednesday. Wednesday passed and i was assured Friday it would be ready. Well Friday came and i called and they said it still wasnt ready, and again they assured me that i could come by and pick it up on Saturday. Now im getting pissed because in three days i need to leave for college. Well Saturday i came by and unfortunately i was 5 min to late, they had closed and no one was there except for the mechanics. This was my fault, but i was more mad that no one had called me to let me know what was going on (expect to be assertive and call because there communication is sub-par). Well Monday im all packed and ready to head to college (7 hours away) and all i need is my car. 8clock I call expecting to hear that it is ready and all i need to do is pick it up. Well im still told it isnt ready because they had received the wrong part (it takes them 2 weeks to find this out), after arguing and getting upset i tell them im going to pick it up and i will install the part myself (Ive worked on my car and some others so im slightly mechanically inclined). I finally get the car and after inspection i tell them it looks good. I tell them this because i just want it back. I noticed gaps between the bumper and hood, gaps between the new headlight and bumper, larger gap between the right fender and new hood, misaligned bumper (sticking outside to much/ not flushed). This would have been unnoticed to an untrained eye and im sure there is more that even i couldnt see. so i take it home and open the hood to see if i can adjust it even more to make it better, sure enough, im able to adjust the bumper to be more flush and i adjust the head light to reduce the gaps. well while doing this i noticed that the back of the headlight, the retainer cap which prevents water from getting into the housing, is exposed. They had forgotten to put it back on and all the capacitors and wires were left EXPOSED!! thank god i know things about my car and quickly noticed this before i left to college. i call them and quickly go to pick it up before i leave. i finally get to my destination 6 hours late, driving till 2 oclock in the morning, thanks. SUMMARY CONS- -Took more than a week later than expected -Communication (called about 2 times a week) -Bad repair (if i have to adjust it to make it better than this is unacceptable) -Missing part (headlight was missing a covering which could have led to shortage and needing a brand new headlight, these things are not cheap, $1300, and if you forget to put on the back plate cap after installing then this just shows how bad you guys are) -Overall just a bad experience -Trying to receive $410.00 for a bumper they didnt even order. (this is after we had already paid them and explained the discrepancy in person during the pick-up process) PROS A good paint job

After hitting a deer a little too hard with my car Caliber Collision was quick to help me. There was a week delay before I could bring my car in, but that did not bother me. Every single day my car was in the shop they sent me pictures, and sometimes they called to update me as well. I do have to say the repairs on my car took a little longer than usual, but, this is because they are perfectionist. They have serval people looking over the car so if something doesn’t look right they fix it. They alerted me every time they needed to do change the date too. I have to say my car came back better then when I bought it new. When it was time to pick up my car they walked me around my vehicle and allowed me to see if there was any problems. I noticed that my tent had been scratched on my passenger window and the quickly told me they will fix it. They set an appointment for the next day to have it repaired. Now several weeks later my AC started to make a terrible rattling noise. I was told by Ford that my blower motor had to be replaced. They quoted me $600, so I went to a family friend at A&M Automotive and Transmission to have it replaced at a fair price of $180. When they opened my car again they found that I didn’t need a blower motor replacement. Instead it was a piece of sand paper that had been caught in there. I have to say my loyalty to Ford has been questioned now. I knew that the only place that would have accidently put it in there was Caliber Collision. I addressed the issue with them the next day and they promptly reimbursed my expenses and compensation of my time. Caliber Collision has been great to me the whole time. They have addressed every issue and concern I have promptly. I don’t know about theses previous reviews that have given them a bad name, but I believe it all comes down to attitude. If you treat people like humans, whom they are, then they will operate as so. I have treated them with respect and they have done the same for me. They have been so great, and generous to me and my situation. I hope more people will find this to be true as well.

I brought my vehicle here last year after I was on the sour end of a hit and run accident. I was told repairs would take 7 days. My vehicle was kept for 17 days, luckily my rental was paid for by the insurance company of the offender that hit me. After receiving my car back at the end of the day (I was told to pick it up at 5 and they close at 5:30) I was given little to no inspection time. The next morning I brought the vehicle back because my AC was still not working after the accident. They offered to schedule me back in, but were booked for the next 3 months... Are you kidding me!? I had to take the vehicle elsewhere and have the damaged piece replaced out of pocket until I could get the insurance company to pay for it. Within 2 weeks I brought the vehicle back again, this time due to my headlight being out, a unit that was just replaced after the accident. I also noted a piece of trim that rattled loudly when closing the passenger door (again, this was another part they had worked on). The tech told me they added tape to it to keep it secure... Tape! So, sure enough the piece of trim fell off somewhere on the road.. I was told in March they would order a replacement and it would take 6-8 weeks to get it in and painted to match my vehicle... I would be called when its available. Its now nearly July and after 3 unreturned voicemails, I still dont have this fixed.... I really regret going to this place!!! 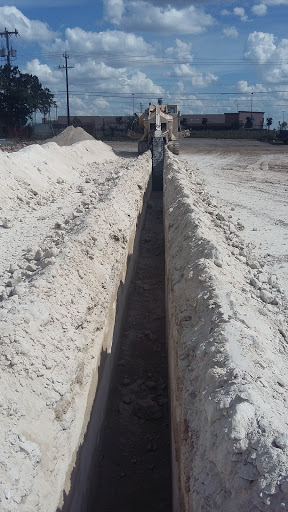 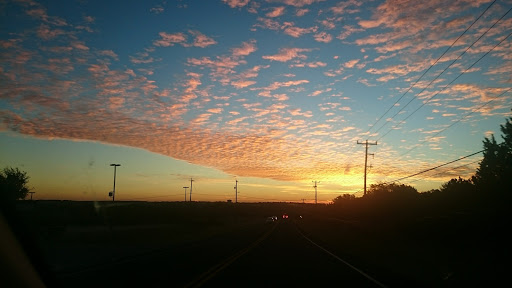 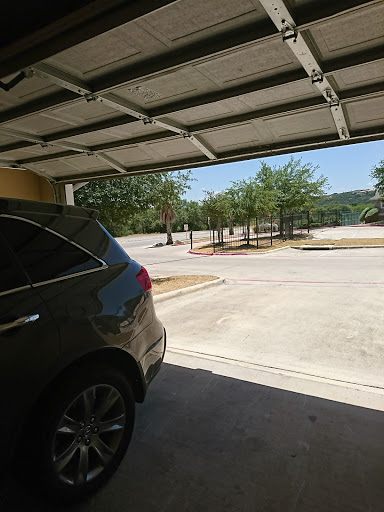 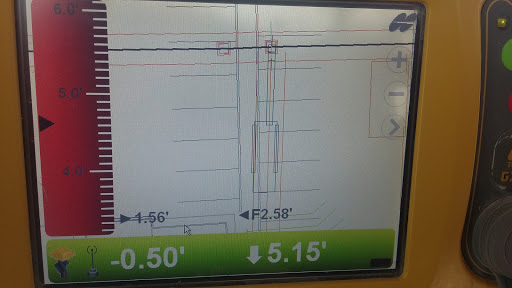 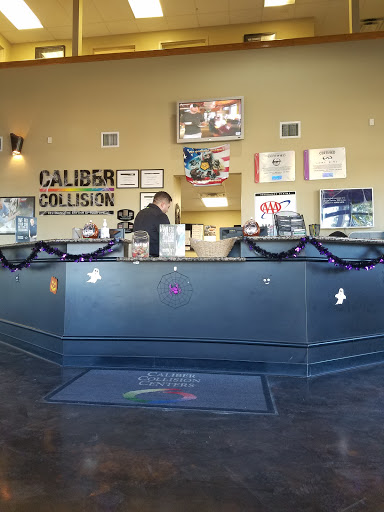 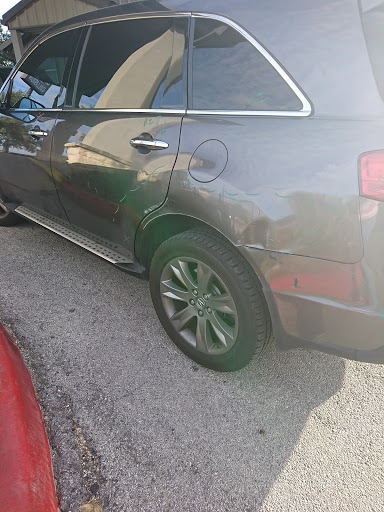 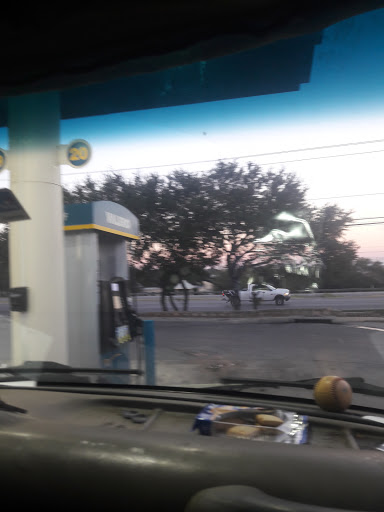 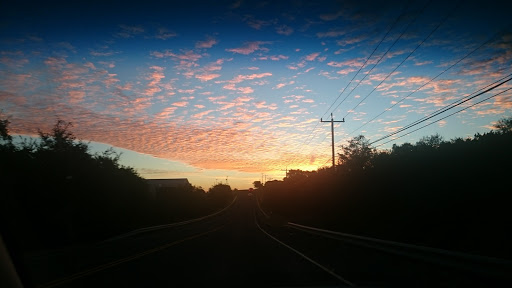