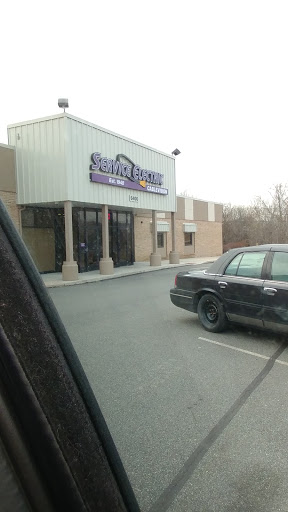 BUYER BEWARE!!!! I agree with an earlier review! Service electric did put a cap on their internet. They will charge you if you go over, after 3 months of going over, the following month charges begin. Heres the kicker. CHECK YOUR USAGE ASAP!!!!!! If you check your usage, it probably went up in the last few months. Ours went up from 70 some GB in November to over 600 this past month...and weve done nothing different. The first day of March, they must have amped it up, because we were barely on because I noticed the GB usage. I shut everything off and we used the internet only a few hours and for that day alone our GB equaled a bit over 70 GB!!!! More than the entire month of November, in about 2 1/2 hours of use?? Thats physically impossible!! Only 2 people reside in my home....and we dont stream TV/movies!! Although, I must say that I do believe my son may have streamed a few things from Netflix back in November when we had the lowest GB usage, but nothing recently. Nobody hacked us. We changed passwords, etc. The only thing it could be is a scam, since the first thing they say is that I will need to raise my internet package. They have a different excuse every time I call, too. One of the reps gave me a different number for my GBs and I caught it, when I brought it to their attention they got nervous, put me on hold and when they got back on told me that they use different apps that show different usage amounts. How is this legal? How can you charge people for something that you dont even have a proper, exact number on? We dont stream movies and we do purchase a TV bundle. However, I am about to cancel the tv since it seems stupid at this point to be giving such a crooked company money for something I can get for free. Not even a consideration that I have a TV bundle, as Im sure this is due to so many people streaming. It makes me sick! Ive actually contacted the FCC about it. Hopefully they can help with the problem. Id suggest that anybody else having this problem also contact the FCC. Maybe if they get enough complaints whatever they may be doing over there at service electric to raise GB usage, or whatever games they happen to be playing, will have an end put to them.

If I could switch I would. Id say beware, but like me youre probably stuck with them. Its either go to Verizon using a phone line or use satelite internet. Service Electric owns the cable lines which means businesses like Comcast are not allowed to service this area. Service Electric, knowingly the only internet provider here, has decided in the year 2016 to closely monitor all of their customers and their internet usage. In doing so, you will now be penalized for going over your "data". Did you know that? Service Electric is putting a cap on your intenet usage. According to them, this has always been the case. They were just nice enough to not enforce it. Now theyre cracking down on all their customers by closely monitoring them. No other internet company does this. You select the internet speed your willing to pay for and then you have internet. Not so with Service Electric, you pay for both speed and the amount of data you want to use. Kind of like your cell phone plan. I wish this was criminal. Luckily, I can afford the bigger package so I can continue streaming video but if you cant afford it you will have to stop using the internet till next month when your cycle starts over or youll be charged for going over. I am not joking. You are now limited on how much internet you use in your home. Service Electrics General Manager said his customers dont need to watch netflix or the like when they offer on demand through their cable tv service. Really? I cant switch internet providers and the one Im stuck with is telling me I can only use so much internet or be charged and if its due to streaming video I should buy their cable too. A little more than half way through this month I received an email stating I used 100% of my data. This should be illegal.

Unfortunately not competitive vs next town over Blue Ridge cable. 140 channels vs Blues 220 - SETV for internet and digital TV pkg is $13!! more a month -$170 more annually to get 57% less channels!. Weak incentives vs Blue - Blue runs a 12mo $99 for TV, net, and phone. Best intro pkg you ever get at SETV is a couple months free SHOWTIME service. CSRs and tech are fine. No desire to keep customers - "Oh well" is about all I got when I switched to DirecTv. If SETV had ANY cable competition, theyd be scrambling to change in order to keep from going under. TRULY LIKE DEALING WITH A GOV AGENCY OR UTILITY. Tried their BIG special which was a 2 month free trial of upgrading from 15M to 40M net speed - family saw little difference in our phone or computer response times. No competition means no desire to be better. BUT SETV will deliver 5-8% INCREASES ANNUALLY for adding a GREAT channel (like Investigation or Freeform or OWN). Check all other reviews - consistent theme of price gouging and customer apathy. Can see SETV executive mgmt chuckling as they read the reviews - "if they keep on complaining, well add another 6% increase after 6 mos rather than 12, hah -hah".

We first got Service Electric when we moved to Woodgate Apartments in Exeter Township (near Reading). We only got them because we had no other choice. The installation guys are great. While we lived in Exeter the cable was good and the Internet speeds were fast and reliable. Once we moved to Morgantown we started having lots of issues. The "new" modem they installed quit working within 36 hours. Weve been here almost 3 months and realized that the Internet speeds are great between 8:00am and 5:00pm. After 5pm though, the internet is almost unusable. On good days it takes webpages 5x longer to load. On bad days (like today which is why Im writing this review), you lose connection every 45 seconds. You cant do anything because it takes you 5 attempts to get to a page. Ive called and complained and theyve been unhelpful. The only time I get can a hold of them is during business hours when the speeds are fine. They refuse to acknowledge the fact that the service is terrible after hours. The only other option is WindStream which only offers slower speeds for the same pricing. If the internet actually works after 5pm it might be worth the switch......

I am contacting you to make you aware of dangerous driving behavior of truck 34374. This morning, on December 12th at 11:15AM, I was riding my bike with 4 other cyclists northbound on South Church Street in Macungie. The driver of this Service Electric truck aggressively passed our group and swerved violently to the right, barely missing a collision with our group. Cyclists have as much right to use secondary roads as any other vehicle, and it is a state law that vehicles passing cyclists must yield 4 feet of space for safety purposes. When I tried to explain these laws to the driver at the intersection of Rt 100, he was profane and rude. This driver clearly does not have an adequate understanding of traffic laws, and in addition, is willing to put the lives of others at risk because he has been temporarily inconvenienced. In the hands of this driver, a multi-ton vehicle becomes a weapon and a danger to society, and a liability for your company. If he is willing to behave this way operating a vehicle labeled with his employers logo while on the job, I can only fear what he is willing to do in an anonymous vehicle while off the job. 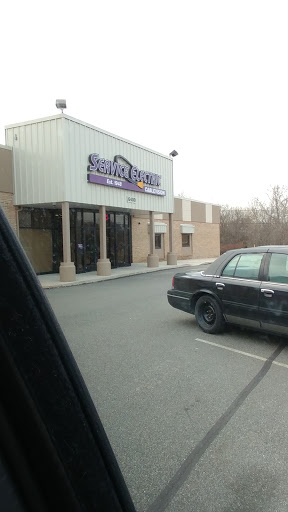 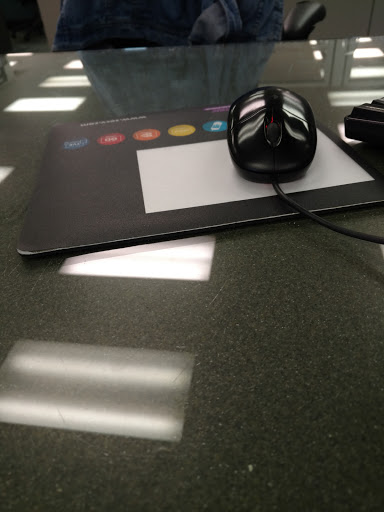 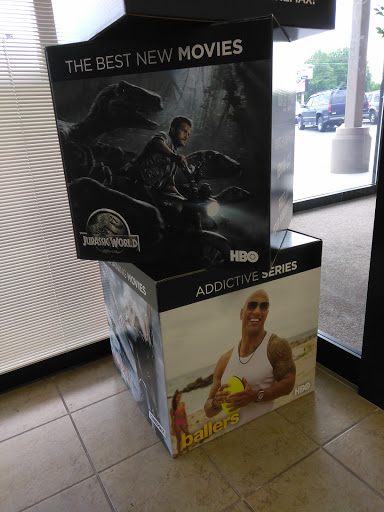